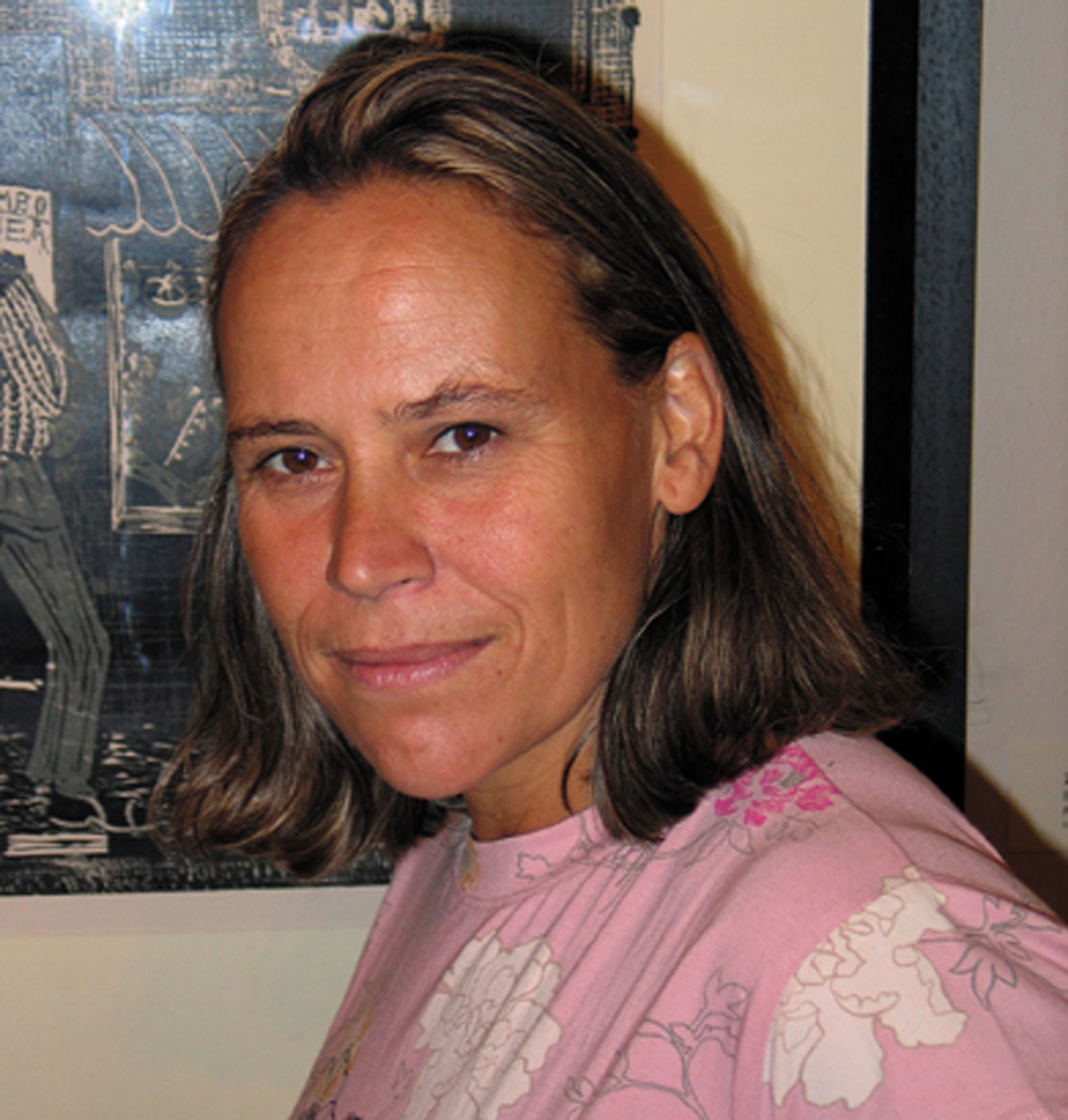 While a Fine Arts student during the State of Emergency in the mid 1980s, Louw’s personal relationships took her into Langa, one of Cape Town’s oldest townships. There she witnessed the heavy-handedness of the apartheid government’s security forces, experiences that she drew on for a series of woodcuts and monoprints. Several of these works contrast the intrusive might of apartheid, signified by the heavy-duty armoured vehicles of the security forces, in the day-to-day lives of Langa’s residents. Other examples chronicle acts of resistance. The woodcuts from this period were particularly imposing. This was due not only to the direct subject matter but also the use of shallow pictorial space and large scale, their physicality enhanced by her decision to use wood-blocks hewn from unorthodox surfaces such as old doors.

Since graduating, Louw’s output has been sporadic. More recent examples lack the political edge of her earlier prints, but retain the level of personal engagement with her subjects that enabled her student works to communicate a depth that went beyond political sloganeering.