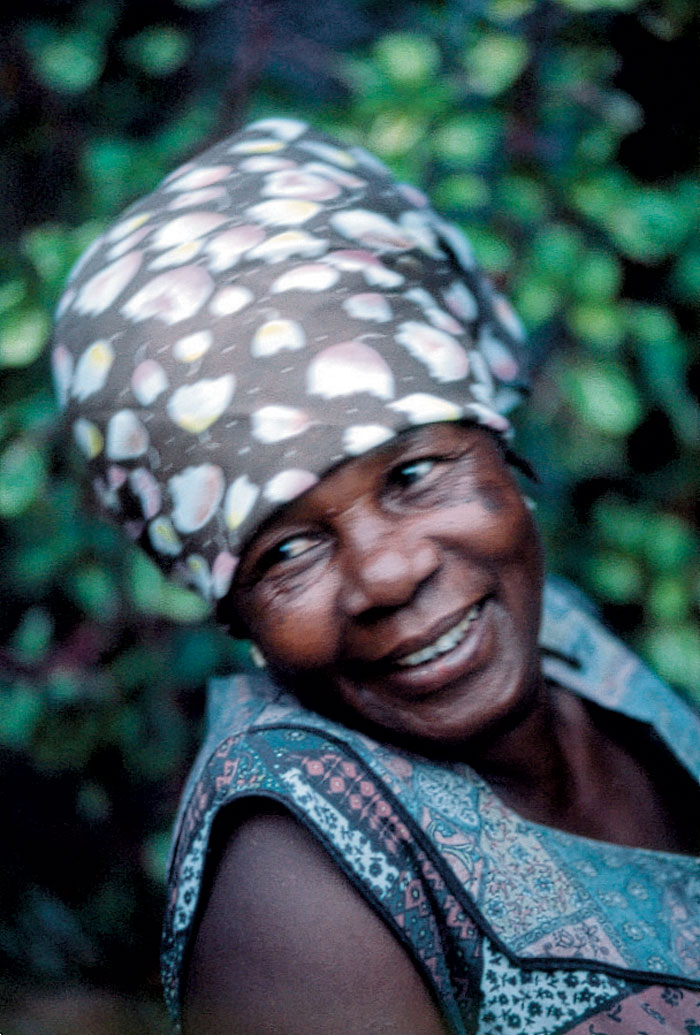 Noria Mabasa had no formal institutional art training but did receive local training in the making of clay pots. Like many other rural artists she explains that the source of her creativity lies in dreams and instructions from an ancestor.

In the early 1980s Mabasa was commissioned to make a set of clay figures for the then Venda Development Corporation. At about the same time she started making single free-standing figures that are about a metre high and face forwards with no shifts and turns in their bodies. Sometimes they make a small gesture like lighting a cigarette. This style is partly due to the limitation of the coarse clay and the traditional technique adopted for making pots – piling up and then smoothing rolls of coiled clay until the form was complete. The whole was then fired in an open pit. Mabasa applied commercial paint to the baked form to add detail and difference. It is in the subject and surface that Mabasa departed from tradition.

The figures are recognizable although the proportions are unnatural – the heads, for example, are oversized – but they have a charm and appeal and were much in demand during the 1980s and early 1990s. Most are generic types and only a few are portraits such as that of Chief Mphephu – about whom she had dreamed. Men and women are dressed differently; the men are invariably in western style suits or in jeans and T-shirts, while most of the women are dressed in traditional costume. The women who do wear western dress occupy positions outside of the accepted rural ‘norm’. They are the nurses, prostitutes and white women in her cast of characters.

Mabasa’s work changed significantly when she started to carve in wood. She recounts that she dreamed of a piece of wood washed up by the floods at the time, and was instructed in the dream to collect and carve it. The next day she found the exact piece of wood she had dreamed about. Mabasa also provides a more practical explanation; wood is more permanent and does not break as easily as clay. The new medium, however, offered other opportunities and created the space for artistic growth and development. She developed new themes and realised them in more complex compositions. Feeding into this change was also the fact that there was an abundance of wood in her region and many woodcarvers lived nearby.