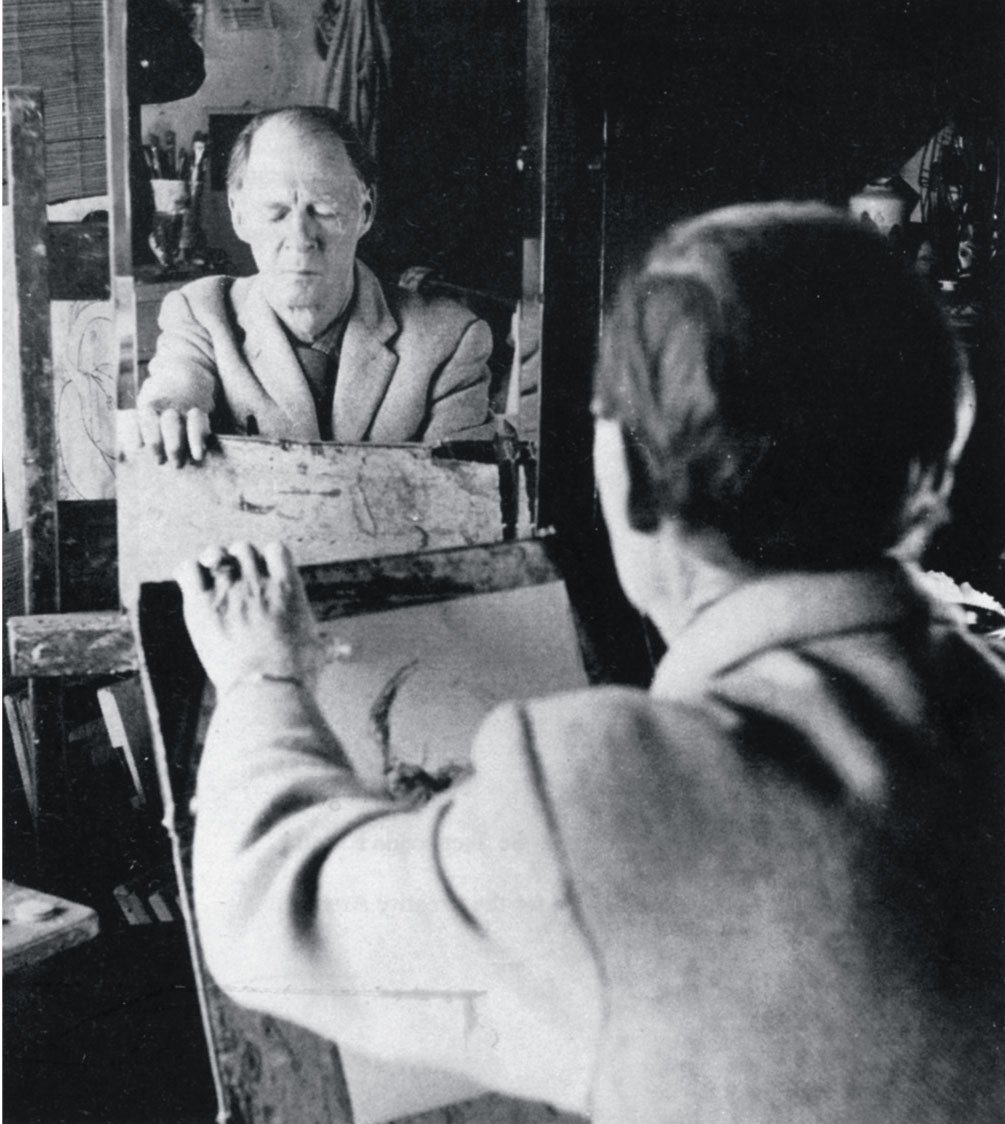 Gregoire Boonzaier was one of South Africa’s longest-lived and most popular artists, and embodied many apparent contradictions in his work. In 1991 Albert Werth noted that in Boonzaier ‘we see unified … the two poles of conservatism and … experimentation’.1 Gregoire became a powerful figure in the South African art world of the 1930s and 40s, first as Chairman of the New Group in 1938 and then as a founder member of the SA Association of Arts in 1944. Esmé Berman mentions Boonzaier as one of the principal exponents of ‘Cape Impressionism’.2 This was hardly something that he evolved personally, but rather owed to the precedent of Pieter Wenning (1873–1921). Nevertheless, it was a style that Gregoire made his own, gaining himself a popular following and also many imitators. It is perhaps in this light that his work can be more sympathetically considered, for despite critical observations on the limitations and formulaic aspects of his art, he became an admired success-story and role-model for many aspiring artists from underprivileged backgrounds.

Under apartheid, Gregoire’s reputation in these communities remained intact, possibly because it was known that he had joined the South African Communist Party in 1948. This has tended to elicit much sentimental and uncritical admiration of his reputation from the political left, which has largely remained impervious to the fact that his urban landscapes have romanticised and rendered as picturesque the poverty of areas such as District Six and other informal settlements. Almost simultaneously, such work also garnered much admiration from the conservative white Afrikaner nouveau riche during the apartheid era, commanding record prices.3 As early as 1946 the outspoken young art critic David Lewis had taken the view that Boonzaier was already ten years past his artistic prime and (that since 1936) he had ‘produced little that is of real and lasting merit … for years just the same old thing, time and time again, like a gramophone needle caught in the syncopation of an old dance record.’4
Hayden Proud