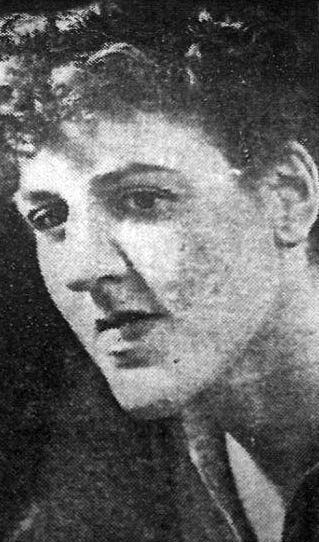 The short-lived but gregarious Judith Gluckman, who died aged forty-six in 1961, was once a prominent figure, principally in Johannesburg and Pretoria art circles. Although physically imposing, she suffered from continuous bouts of poor health. Gluckman was known for her life-long friendship with Alexis Preller (1911-1975) and her involvement in his social circle. The daughter of well-to-do Jewish parents, she attended Parktown Convent, and in 1934 commenced painting lessons under Emily Fern (1881-1953) and Alan Gourley at the Johannesburg Art School. In 1934 Fern had just returned from Paris where she had studied in the studio of the quasi-Cubist André Lhote. It seems that Lhote’s influence, via Fern, had an indirect influence on Gluckman’s early style.

It was in 1936 that Gluckman was first introduced by Leon Levson to Preller at the latter’s solo exhibition in Johannesburg. Anxious to learn more about painting, she sought tuition from him and he agreed to shared weekly painting sessions in their respective homes. In late 1936 or early 1937 Gluckman answered to the call of Paris, and moved into student accommodation in Montparnasse, near the Atelier de la Grande Chaumiere. At this time Preller also visited the city. Together with Gluckman’s former teacher Alan Gourley, who also visited for a time, they studied and worked together for six-months, seeking out the work of Modigliani, Chagall and Kisling in the city’s galleries and dealerships. She also formed an acquaintance with the former Fauve painter Othon Friesz (1879-1949) who was also under Lhote’s influence. According to Preller they also encountered the work of Henri Matisse and Pablo Picasso at various turns, but were “unimpressed” by the advanced nature of the work because their appreciation “had not yet reached an advanced state of development” (Van Graan: 1973).

Preller returned to South Africa before the end of 1937, but Gluckman lingered on in Paris until 1938, finally prompted to come home by the demands of her family, growing anti-Semitism in Europe; the Anschluss in Austria in March of that year and the rumblings of the war to come. Gluckman’s Still life with newspaper, shovel, coal and bottle appears to date from the period of her Paris sojourn and must have been brought back with her when she returned to South Africa. The unglamorous nature of the selected objects in Gluckman’s painting also, on some levels, suggest socialist or workers’ concerns.

The painting’s date is suggested by the title of the newspaper in the painting. Ce soir, obviously by its title an evening newspaper, was launched by Louis Aragon, a Communist and literary associate of the Dadaists and Surrealists, and the writer Jean-Richard Bloch in March, 1937. It was published in competition with the already well-established evening paper Paris-Soir, and obviously enjoyed a wide readership in artistic circles because of it radical viewpoints. Banned in 1939, it was only published again after the Liberation of Paris in August, 1944, and stayed in print until 1953. Gluckman’s return to South Africa saw her injecting much energy into her work and it began, under various influences, to reflect a bolder, more expressive style, especially in her oils. She also began to work more extensively with graphic media and expressive drawing, and it was her work in this area that drew the most favourable critical attention. She was taught etching in her Johannesburg studio by Lippy Lipshitz (1903-1980). In his later reflections on Gluckman’s work in his obituary on her, Lipshitz observed that:

It is by her drawings that she will be best remembered. They constitute the bulk of her oeuvre, expressing her comedie humaine, spontaneously, dynamically, in freely flowing rhythmic line. She was one of our most sensitive, versatile and gifted graphic artists. … in painting [she] was more involved, more inhibited. Her colours imprisoned in the pattern of her line, are curious – raucous, startling – reflections of her emotions rather than of her perceptions; colours felt rather than seen, sifted, transmuted or abstracted from the living objects she depicted” (Lipshitz 1961:27).

It was after her first return from Paris in 1938 and possibly in 1939 that Gluckman encountered Gerard Sekoto (1913-1993), whom she inducted into the various methods of painting in oils. In 1941 she moved to Cape Town, where she moved in the circles of Irma Stern and Uys Krige. She embraced the circle of young artists associated with the New Group and exhibited with them at the Argus Gallery. Periodic returns to Johannesburg followed, mainly for family reasons, but also because she continued to exhibit there. In 1948 she returned to Europe, touring and working in the Mediterranean. Revisiting Paris, she returned to her studies, turning this time to sculpture. In this endeavour, she chose as her mentor the Russian-born sculptor Ossip Zadkine (1890-1967), becoming, it is said, the only female pupil that he ever accepted.

Back in Johannesburg by 1949, she married the London-born theatre producer, designer and author Adam Leslie on January 1st, 1950. She had previously met Leslie while in Paris in 1937. Their relationship was mutually supportive and Gluckman designed several theatrical productions for him; her creative energies becoming more diverted into literature and the theatre. Her focus on painting diminished on one hand and became more experimental and seemingly unresolved on the other. She made a number of forays into sculpture again, carving small pieces in soapstone which reveal the strong influence of Zadkine. Larger pieces, since destroyed, were also made in terracotta. She also began to focus again more exclusively on drawing, especially in charcoal. Critics likened her sensitive and expressive drawings from this period to those of Käthe Kollwitz, and, as we have seen from Lipshitz’s observation, these made a deep impression. It was Gluckman’s drawings and graphic work that were most strongly represented on her posthumous retrospective exhibition at the Pretoria Art Museum in 1973.