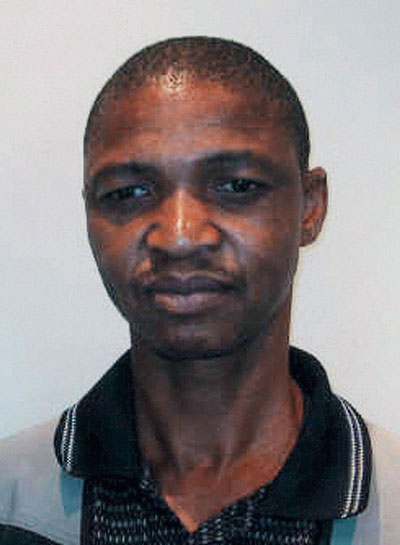 Manana was born in Escourt, KwaZulu-Natal. He has been working as an artist since the mid 1980s and is largely self-taught. A few years ago he received an award from the Tito Zungu Trust Fund, created in the name of the late artist Tito Zungu which provides subsidies to South Africans wishing to study art. Manana enrolled at the Durban Institute of Technology for a diploma in Fine Arts, which he completed in 2003. Before this he had been featured in group exhibitions nationally and internationally. He also participated in art residencies including one at the Caversham Press, Howick, with master printer Malcolm Christian, and travelled to Europe and America to participate in workshops and mural painting projects. In Durban he has worked with Community Mural Projects and his art can be spotted on various walls in the city. In a solo show held at the African Art Centre in Durban in 2004 Manana displayed an understanding of various social issues. He then progressed to visualising social harmonies in his usual idealistic style. Two works featured in the Campbell Smith Collection, Hostel dwellers (plate 308) and (plate 310) examine current issues surrounding threatened (black) masculinities.

In an essay entitled ‘The End of the Black Man’, Professor Kopano Ratele writes:

… at the same time, the erosion of sameness, of a natural, stable black masculine identity, seems to point at exciting cultural developments. One of these is a change in body relationships – how black men relate to each other, black women, and whiteness – political relationships, as well as family, personal, and intimate ones.1

In these two paintings Manana creates uncontested masculine spaces such as the privacy of a toilet urinal and a hostel canteen for his male characters.

In stark contrast Lost generation (plate 309) presents a site for contestation and struggle; it depicts young men in a situation where a decaying social morality prevails. A woman takes centre stage in the burdensome role of caregiver. On her back she carries a young man; her gaze is directed away from the drinking scene as if to block the source and the cause of her present suffering. This no doubt alludes to the devastating effects of HIV/AIDS, coupled by poverty and a decaying social order.

Window at night (plate 47) Manana’s Hostel Dwellers, Lost Generation and Privacy (all dated 2004) in the Campbell Smith Collection (ReVisions, plates 308, 309, 310, pp. 321-323). Window at night continues to build on the social concerns articulated in these other works. Here he raises the rather taboo subject of white men who go in search of young black women for sex. Studies have recently shown that there is a steadily rising incidence of prostitution involving underage black girls and white professional men in cities such as Pretoria. Driven into South Africa’s urban areas by the violence and poor economic prospects in the rural areas, many young black women resort to prostitution simply as a means of survival. Given the potential for crime and violence in South African society, as well as the exceptionally high incidence of HIV/AIDS, this activity carries serious risks. Some of Manana’s images are drawn from photographic sources in magazines and on postcards. He renders his forms in simplified planes of heightened colour using the medium of gouache.