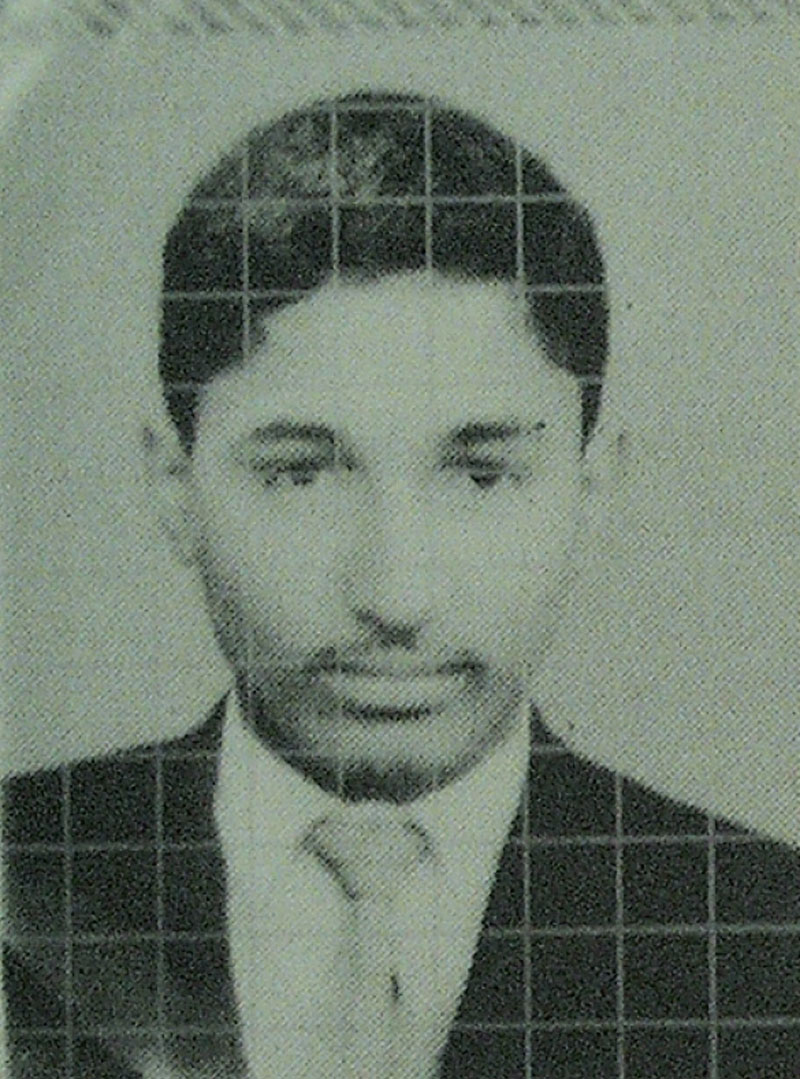 This work (plate 231) is a typical example of Jantjes’ first body of mature works: photographic silkscreens that dealt directly with apartheid and resistance. It incorporates several well-known images of the 1976 Soweto uprising, including one by Peter Magubane, as well as lesser-known photographs, not least George Hallett’s picture of the artist Dumile Feni (qv.) giving a defiant two’s up. The confrontational theme of the print is enhanced through the use of frontal images, an emphasis on movement, and fragmentation. The use of cut and torn edges suggests rupture and displacement, whilst the repetition of the main figure communicates a continuity in resistance. The imposition of barbed wire over the photographic imagery and the use of an apartheid street sign emphasises barriers and divisions. If there were any doubt as to the militant, confrontational content of the image, Jantjes incorporates a poem by the Cape Town poet Steven Smith (who incidentally worked as a silk-screen printer for many years) which threatens white South Africa with black retribution. The timing of the work is also of interest: political resistance was largely suppressed during the late 1970s and early 1980s, and 1983 was a watershed year marked by the formation of the United Democratic Front (UDF). This was followed by the formation of the Congress of Trade Unions (1985) and increasing militancy which the National Party Government attempted to suppress through the imposition of a State of Emergency.

Photograph of Gavin Jantjes. Detail of an image “ID” from the Colouring Book Portfolio, Iziko SANG: 96/57:3.