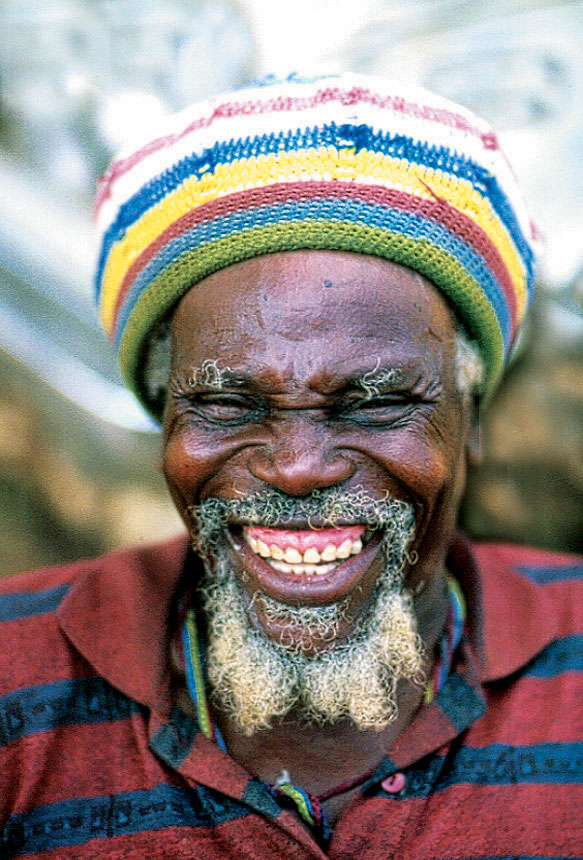 Jackson Hlungwani had no formal training as an artist and learned to carve from his father who made utility items for his community. He spent time as a migrant worker in Johannesburg but returned home after an industrial accident in which he lost a finger. Hlungwani’s earliest extant sculptures date to the 1960s, although it is the work of the 1980s and later that became widely known and appreciated.

For many years Hlungwani lived in Mbokhoto, approximately 38 kilometres from Louis Trichardt in northern Limpopo. He selected a particular site on top of a hill, where there were the remains of Iron Age stone structures. He built his home among these ruins and used a few unroofed circular rooms. He named the site New Jerusalem. In the mid 1990s he moved to a more accessible site nearby, which he named New Canaan and which represented not only a physical move but a spiritual shift in his continually developing theology.

Hlungwani’s work cannot be understood outside of a local African Christian context. He talks of Christ as his mentor and the source of his creativity. He tells of a desperate time in his life when he was severely ill and wanted to commit suicide but was stopped by a vision of God whose legs he saw in the sky; he heard the voice of Christ who gave him three instructions: Hlungwani should start his own church, make carvings and use them in his teaching. He carried out all these directives and from this point onwards much of his work is religious in content and didactic in intent. He continued throughout his career, however, to make other items, such as bowls, walking sticks and thrones, which despite their apparent practicality are remarkable sculptures in their own right. Hlungwani, like other leaders of the over 6 000 African Independent churches in South Africa, is both a charismatic spiritual leader and a healer – a duality common to many traditional African healing practices. He differs from them in his use of carved imagery. On his hill-top sanctuary he built two altars, one for women and one for men, which he embellished with figurative sculptures; he narrated their roles during his religious services and healing procedures. Both altars were removed for display in his retrospective exhibition in Johannesburg in 1988 and were subsequently purchased by local art institutions. All that remains of New Jerusalem are the ruins, the stone altars and the Aerial to God – a decorated telephone pole literally reaching to the sky.

The two sculptures in the Campbell Smith Collection on exhibition are typical of Hlungwani’s work in their subject matter and the way in which they were carved. The titles Trinity and Gabriel (plates 264 & 265) reveal their content. The carving is direct and the forms legible. Much of the original shape of the tree trunk has been retained and the internal forms and shapes have been utilised in realising the image. Only hand tools were used, as there is no electricity where Hlungwani lives – adzes and axes to create the broad general shapes, chisels for details and marking patterns, and sandpaper to smooth out some of the rough edges. The result is powerfully realised forms. Ricky Burnett considered Hlungwani ‘the greatest carver in the country’.

Hlungwani believed that the religious works made for sale to the commercial art market and not for churches of any kind, carried messages and acted as proselytising vehicles wherever they were located. He taught his son Gazaland to carve and has also run a number of workshops in Johannesburg, Soweto and at his home in Limpopo.