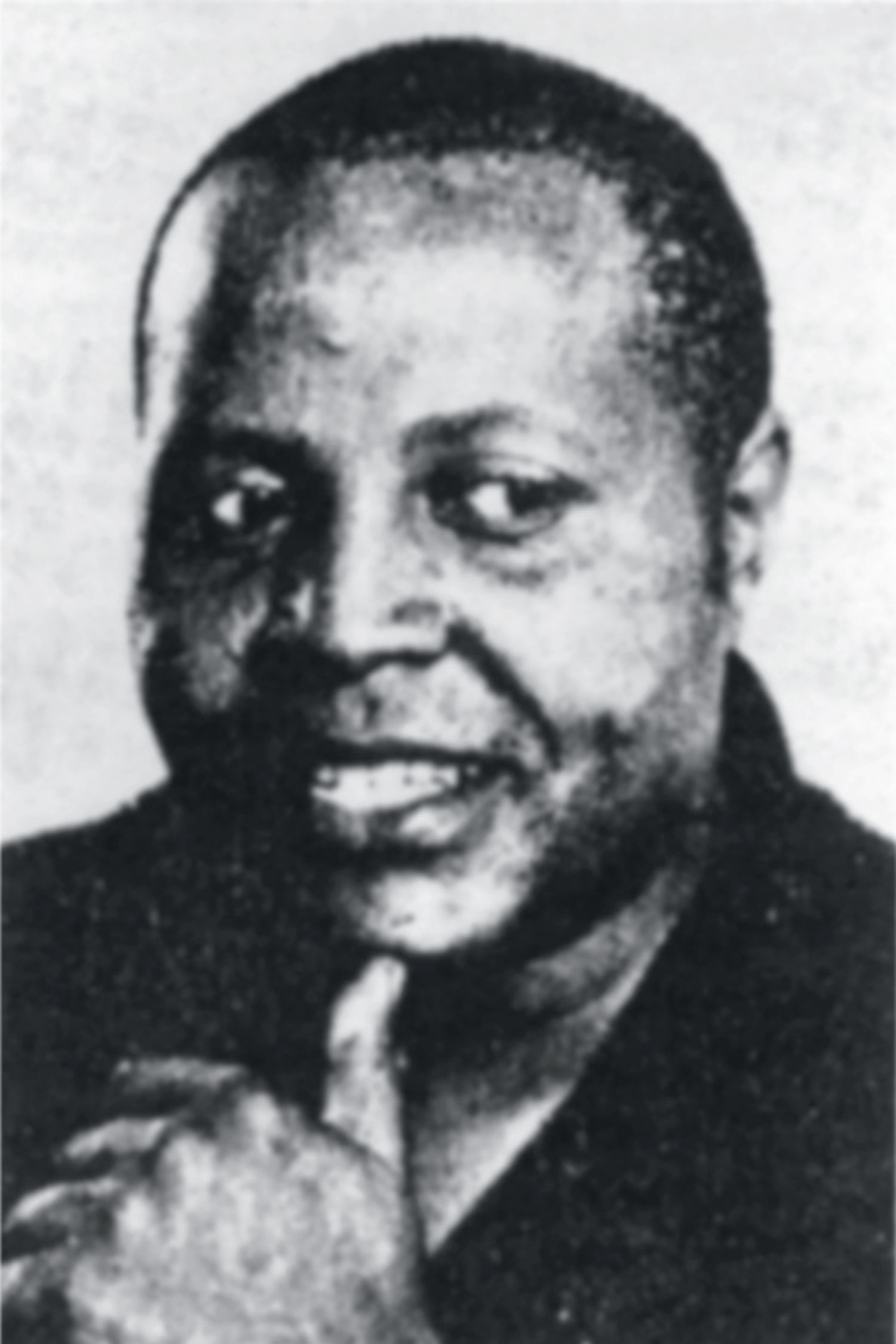 Sydney Alex Kumalo went to school in Diepkloof, Soweto. He began studying at the Polly Street Art Centre in 1952, working there under Cecil Skotnes (qv.) until 1957. In 1958 and 1959 Kumalo worked under the mentorship of the sculptor Eduardo Villa – an artistic apprenticeship which crucially honed and shaped his style and sensibility. It was Villa who introduced Kumalo to Modernist sculptors like Marino Marini and Henry Moore, as well to the African primitive strain in mid-century European modernism, and promoted the particular fusion of African reference and modernist expression which came to characterise Kumalo’s own expression.

From 1958 onwards – Kumalo served as assistant to Cecil Skotnes at the Polly Street Centre before being appointed as a full art instructor at the centre in 1960. He continued teaching, first at Polly Street, then at the Jubilee Social Centre until 1964. Kumalo’s professional relationship with Skotnes extended in this time to collaborations on public commissions like murals in the Catholic Church in Kroonstad.

At the same time Kumalo continued to work with Villa, and later exhibited internationally alongside Villa, Skotnes (qv.), Cecily Sash, Guiseppe Cattaneo and Ezrom Legae (qv.) as the Amadlozi Group. After 1964 Kumalo left the teaching environment to become a full-time artist. In this role he was much fêted by the international anti- apartheid community, exhibiting regularly in European and American capitals, while still, ironically, equally regularly contributing work to Republic Festival exhibitions. In 1967, Kumalo visited the United States as a guest of USSALEP (the United States South Africa Leadership Exchange Programme), as well as Germany in 1979 and the USA again in 1985. Sydney Kumalo died in Johannesburg in 1988.

The importance of Kumalo in terms of the developing traditions of South African art can hardly be overstated. As the senior black educator at Polly Street and the Jubilee Centre, he shaped the sensibilities and style of a generation of artists. But more then this, in his own work, he succeeded in finding formulas and registers which, while they drew strongly on African sculptural tradition, nevertheless articulately spoke the languages of international modernism, and demanded to be taken seriously as such.

Drawing is traditionally considered to be fundamental to the three- dimensional arts, and Sydney Kumalo’s production of works on paper was considerable, as was his activity as a sculptor. Drawing has always been important in terms of conceptualising form, and its immediacy encourages the free generation of ideas. For some sculptors, drawings are a vital part of the genesis of a work, to be discarded or deliberately destroyed afterwards – Michelangelo was one of these. For others, drawings could become final art works in themselves, either carefully kept or exhibited as independent art works along with the finished sculptures. Drawings were also made that had no relationship to sculpture. Kumalo’s produced spontaneous drawings that were either lacking in finish or finely-tuned essays on three-dimensionality expressed in terms of two. The fact that these drawings were signed by him indicates that he considered them to be finished works of art. Part of the two-way dialogue between sculpture and drawing is that a completed sculpture could even become the departure point for a series of drawings; each seen as part of a new process and each an independent creation.

Kumalo’s very first drawings in fact evolved from his finished sculptures. His bronze entitled Killed Horse (1962) generated many drawings of dead horses after it was completed.1 However, the process could work the other way around. His masterly drawing Nude combing her hair (1964) (plate 16) found its counterpart in a bronze sculpture entitled Woman combing her hair (1975) (Fig. 2), executed some eleven years later.2

In 1973, Kumalo showed at the Goodman Gallery in Hyde Park, Johannesburg. Zimwa-Mbanje (The hemp smoker) (1973) (plate 17) apparently comes from this exhibition. It featured many sculptures as well as independent drawings, the latter using much more colour than usual. The schism between Kumalo’s drawings and his sculptures on this show prompted one critic to comment that it was ‘best to ignore the pastel-like mixed media compositions until one has studied his superb sculpture – and vice-versa’, and that the ‘gentle-toned’ drawings ‘show both his weakness and his strength’. It was also thought that these ‘whimsical’ colour compositions’ could ‘make one take him less seriously as an artist’. Zimwa-Mbanje, like a few of the other drawings, featured sculptural references (here in the form of two masks), something which was commented upon with greater favour, because they linked the drawings in some way to the ‘abstract shaping he promotes in his sculpture’. It was concluded that Kumalo’s sculpture was his true contribution to South African art, ‘however popular the more delightful drawings will be’.3