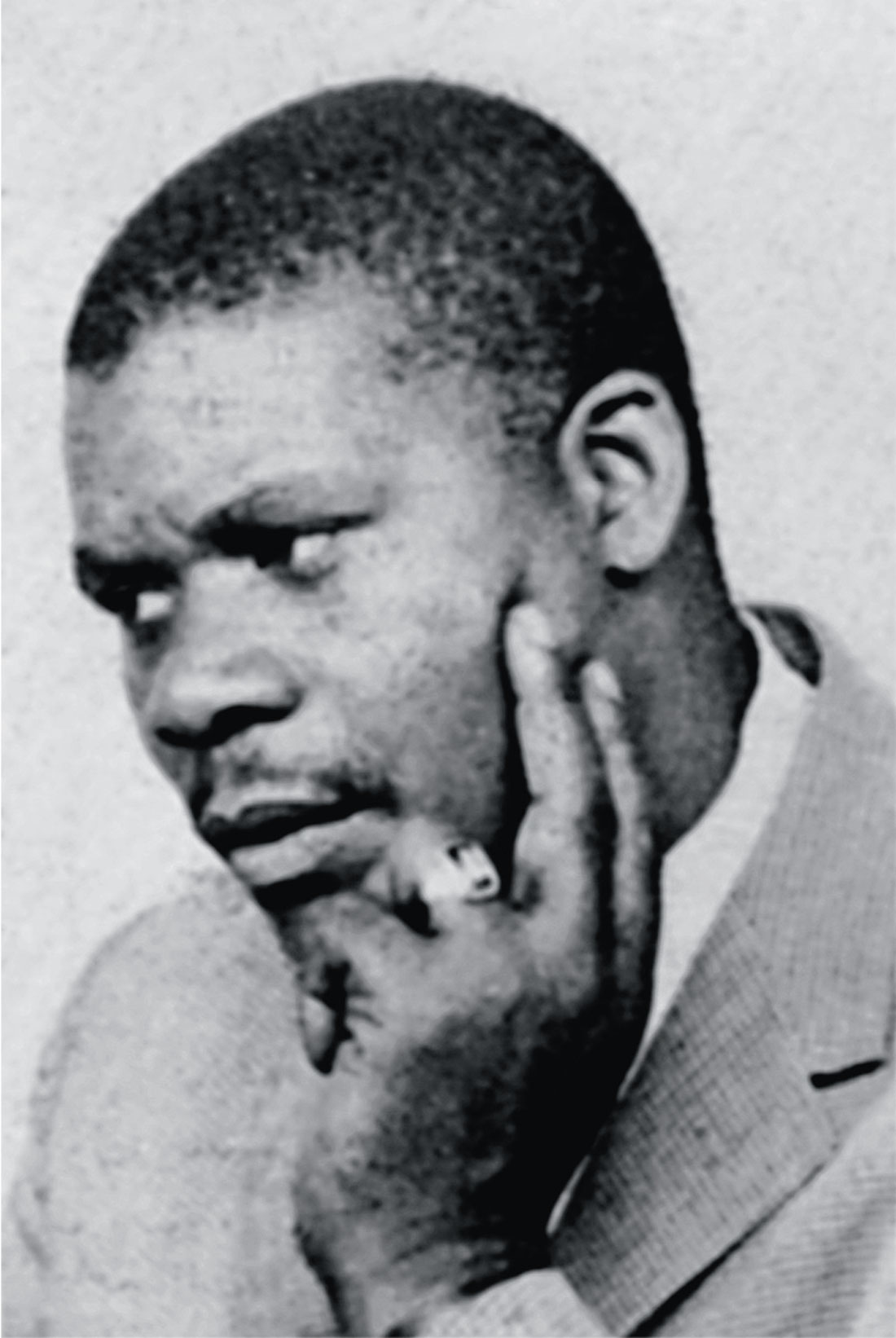 Lucas Sithole’s grandmother, Tsayi Numvumi, who was related to Swazi royalty, encouraged him to model in clay from early age. This seems to have first determined his interest in form and eventual emergence as a professional sculptor. Tsayi was an accomplished and famed potter herself, and communicated to her grandson a wealth of stories and legends which seem to have found form and expression in many of his sculptures. Sithole’s father was of Zulu origin and a lay preacher in the Zionist Church, while his mother was a humble washerwoman.

Sithole’s initial education was at St Louis Catholic School. This was followed in 1948 by the award of a Springs Rotary Club bursary which allowed him to attend the Vlakfontein Technical College for two years. Here he had intended to study art, but there was no instructor. What he did learn was invaluable – the important skills that were to be fundamental to his later success as a sculptor. Carpentry, cabinet making, as well as welding and building gave him a great familiarity with many materials as well as with wood and metal working tools. His innate creativity later led him to design and make his own special tools and chisels for creating special effects in his sculptures.

After his technical training ended, and desperate for work, Sithole was employed in a soap factory. He started to attend the Polly Street Art Centre intermittently in 1955, but took up formal studies there for a year from 1959 to 1960. He and Cecil Skotnes (qv.) got on well, and he was often invited to the latter’s home where they engaged in stimulating discussions. Although his ultimate preference was to work in a rich variety of different woods that he sought in the wild, Sithole also experimented with a wide range of other materials such as stone, liquid steel and bronze. One of his monumental works in the latter medium is his near life-size Wounded buffalo (1971) commissioned by the Bracken Mines at Evander.

Sithole’s signature and elemental form when working in wood was the snake. It inspired a host of related writhing and attenuated forms that were tied to, and derived from the initial shape of the material in its natural state in the wild. He adopted a similar approach to the materiality of stone. A number of these works were made from pieces of Cape mountain stone, which were carefully selected and often with great effort relocated to his studio. In his later stone works especially, reluctant to impose a concept or design on so intractable a material, he allows it to suggest an appropriate form, often resulting in a work that is infused with an element of wit. Cat’s mouse day (1981) (plate 102) in the Campbell Smith Collection is such an example. The total works of Lucas Sithole number over 800 pieces, about a quarter of which are in collections abroad.

Although known chiefly as a sculptor, this unusual painting by Sithole provokes much interest. Bitch with puppies can be thematically linked to works by Ezrom Legae (see ReVisions plate 166, p.194). His use of enamel paint in a drip technique links him to Cecily Sash who was actively involved in teaching aspirant black artists in Johannesburg. Sash had returned from the United States in c.1957 and had briefly adopted the use of the drip-technique, using household enamel on hardboard in the manner of Jackson Pollock to paint animal subjects, although her aims could hardly be termed ‘abstract’. Her drip-technique work entitled Goats (1958), in the Iziko SA National Gallery is a good example. Sithole seems likely to have adopted this technique from her in a series of paintings produced in c. 1959–1962. Sithole’s Dog (1962) (University of Fort Hare Collection)1 uses the same approach. Both Sash and Sithole’s interest in animal subjects may also have been taken up by Judith Mason, who was experimenting with primeval animal forms of a ‘symbolist’ nature. Her She-wolf (1965) (Iziko SA National Gallery), like Bitch with puppies by Sithole, are both startling works which ultimately celebrate the life-giving, protective and nurturing feminine principle.