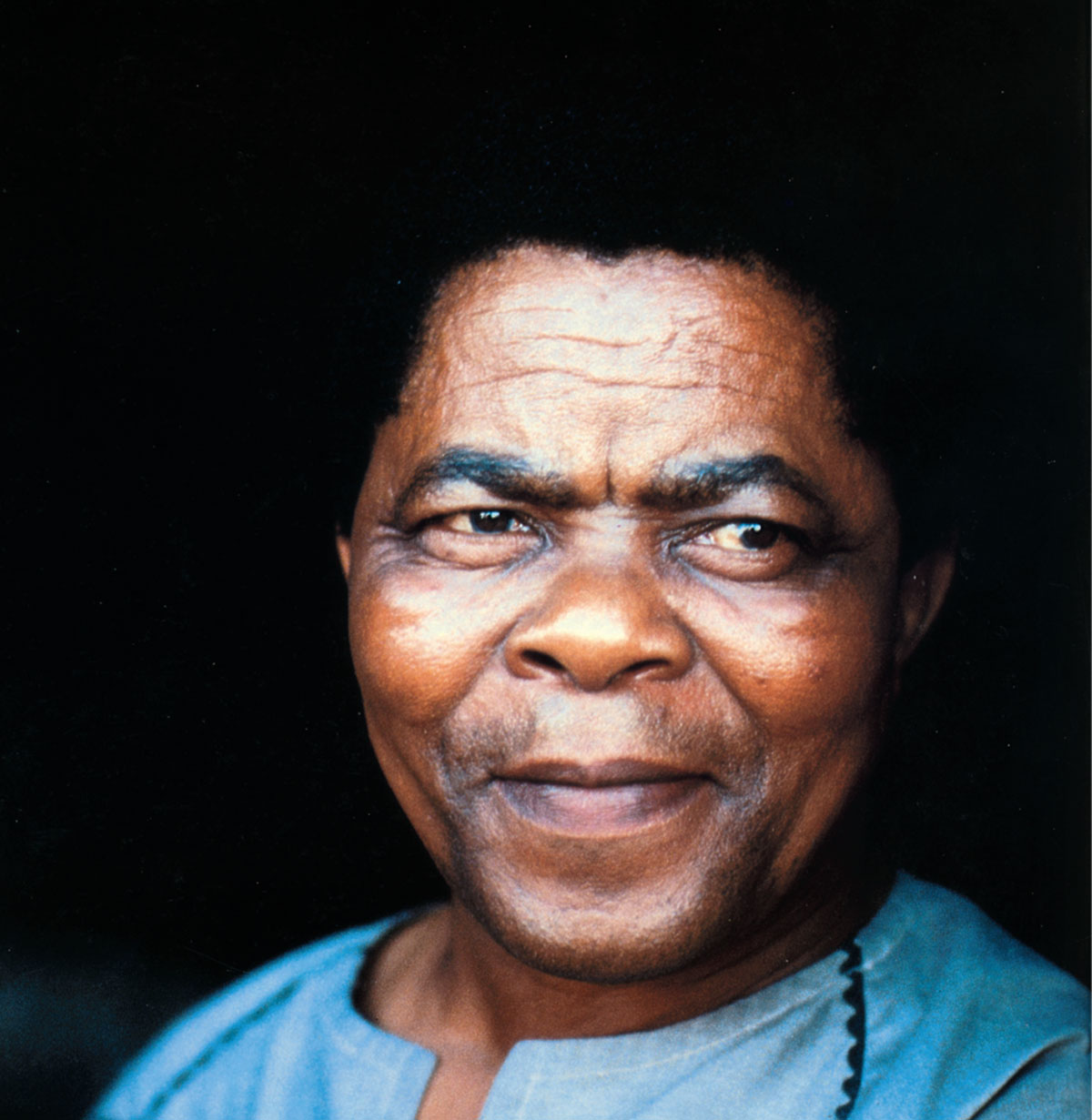 Durant Sihlali worked in a wide range of media, including painting, sculpture, printmaking and ‘pulp paintings’ where paper and pigments are the primary mediums. Sihlali showed an interest in art from an early age, inspired, in part, by his father whose hobby was drawing and modelling. In 1947 Sihlali won an art competition for learners from Queenstown and surrounding districts.In 1948 his family moved to Soweto, Johannesburg, and Sihlali studied at the Chiawelo Art Centre under Alphius Kubeka. Further studies included classes given by Cecil Skotnes (qv.) at the Polly Street Art Centre, classes given by Carlos Sdoya and, until 1958, classes under Sydney Goldblatt. From 1965 until 1970 Sihlali designed jewellery and curios to earn a living but, from 1970 onwards, was able to paint full-time. In 1978 he began teaching in the FUBA Outreach Programmes and was appointed Head of Fine Arts at FUBA in 1983, a position he held until his resignation in 1988. In 1985 Sihlali was awarded a French Government Travel Scholarship that enabled him to study at the Villa Arson Art School in Nice. Sihlali was also a gifted sculptor and during the early 1980s produced a series of sculptures of workers in the coal mines of the Witwatersrand.

His mastery of watercolour painting is evident in the works in the Campbell Smith Collection. From the 1970s onwards he produced watercolours of shanty- town subjects which reflected his sympathy for the plight of people suffering under apartheid. These include a series on forced removals where the attractive quality of his technique seems almost at odds with his harsh subject matter. His watercolour of 1980, Street vendors, Kliptown, (plate 132) is an excellent example of his watercolour technique and his approach to his subject matter. Although rendered beautifully in the watercolour medium, the painting is, nevertheless, an accurate and factual rendition of a slice of township life.

Pimville rent offices on fire (plate 129) was painted in 1976 and captures the events when Soweto erupted into violence on 16 June 1976. Public protests were held in support of black pupils who had boycotted classes in response to the compulsory use of Afrikaans as a medium of instruction. Again the watercolour shows Sihlali’s mastery of the medium, particularly the classic technique of transparent washes juxtaposed with focused areas of more solid painting. In this work, and in others in the collection, it is notable how Sihlali has used light to model the figures. It is his use of light which in fact permeates the entire painting.