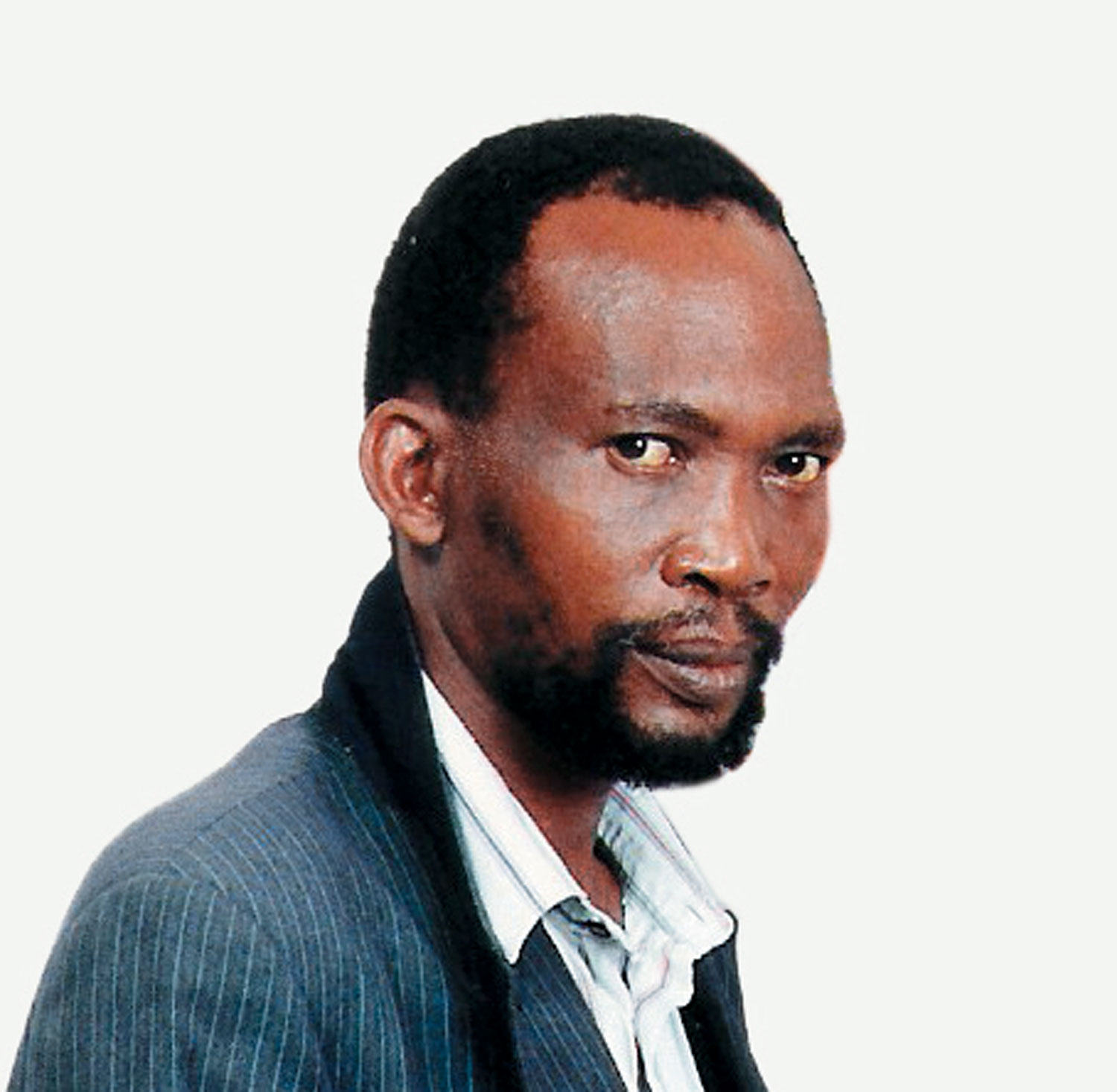 Thomas Kgope is a Tswana and grew up in an area that was predominantly Ndebele in culture. His artistic career began in 1986 when he met Norman Catherine (b.1949), one of South Africa’s most successful artists and a former student-associate of Walter Battiss (1906–1982). Until then Kgope had practised for some years as a freelance photographer, establishing himself as a qualified electrician in 1985. It was in the latter capacity that he met Catherine, who was then building a new studio in Broederstroom. During work on the studio, Kgope injured himself when he fell from an upper floor. He was then invited by Catherine to stay with him while he recuperated. He stayed periodically over the following year, showing a great interest in art. Catherine encouraged him by teaching him some basic painting techniques and giving him materials. His introduction to the imaginary Fook World of Walter Battiss was highly influential in the formation of his whimsical and playful art, which integrates a dizzying array of subjects and influences ranging from his Ndebele tradition and his private dreams and fantasies to Western-style media culture in contemporary South Africa. Inscriptions abound in his images, saturating and transmuting the forms that underlie them. Afrika: Yvonne Chaka Chaka (1987) (plate 283) is a good example of his combining elements of Ndebele design with his interest in this contemporary South African singer or images from television.

To some extent Kgope deals with the fact that in South Africa rural, uneducated black people are as subject to the manipulation and exploitation of the commercial media as are urban whites. Kgope, as Keren Leigh writes in Revue Noire, ‘provides the viewer with a critique of the relationship between [the] two intersecting cultures … [going] far to relate the manner in which National South African culture has forced its way into the Ndebele tradition, rendering the commodities and ideals of the West in a superior relation to those of Ndebele culture’.1