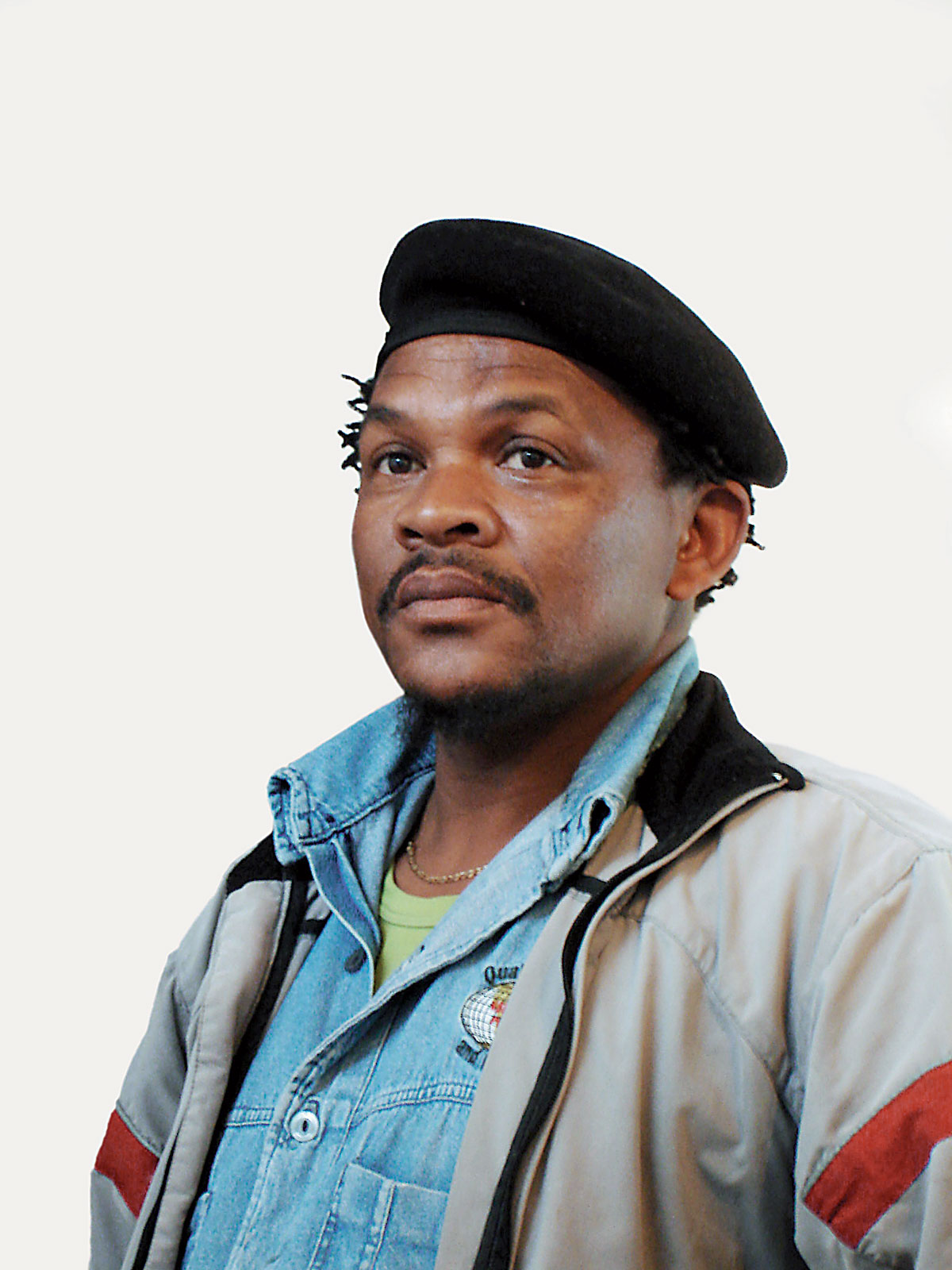 Bester’s meteoric rise as an artist is well known and should not require repeating here. This relatively unassuming painting entitled Water carriers filling buckets (plate 248) is both interesting and historically important because it stands at that critical trajectory between Bester’s emerging confidence as a young artist and his subsequent incorporation of mixed media. This is a breakthrough that was to establish his reputation at home and abroad. Those familiar with Bester’s early mixed media works will no doubt observe the direct relationship between the treatment of the roof in this painting, and his frequent incorporation of corrugated cardboard into his more physical works.

Seen in retrospect, it can be observed that the development of naturalistic qualities in Bester’s painting was temporarily suspended by his initial forays into mixed media. On one hand his early mixed media works set the precedent for an emerging sculptural sensibility. On the other hand the incorporation of collaged images substituted painterly naturalism with photographic realism, and in many of these works paint took on a more expressive quality. Subsequently Bester’s mixed media works have frequently included passages of painting that have contained strongly naturalistic elements, in a sense completing an interrupted cycle that can be traced back to works such as Water carriers filling buckets. Continuity is also evident in Bester’s sustained preoccupation with apartheid’s legacy, and the empathy and dignity with which he represents the dispossessed.

Chiappini Street in the Bo-Kaap of Cape Town has been a favourite subject for artists over many years. Among the great number of them who painted this same scene were Pieter Wenning, Gregoire Boonzaier, Ruth Prowse, Edward Roworth and George Bevington. In many ways, this early work by Bester stands within the extended tradition of ‘Cape Impressionism’ which stems back to the influence of the short-lived Pieter Wenning on the young Gregoire Boonzaier. Boonzaier in turn had a marked influence on several generations of younger Cape painters such as Conrad Theys (b.1940), for whom he represented artistic ‘success’ in terms of wide recognition and extensive output. A tendency to outline and articulate forms with a wavering and often indistinct dark line is often a feature of the work by these artists, and it can be clearly discerned in Chiappini Street, Cape Town (plate 40) The sky in this work is also highly reminiscent of the work of Wenning.

Bester’s conventional figurative works of the 1980s served as a prelude to his radical adoption of what is referred to as his ‘mixed media collage’ in the early 1990s, for which he now is best known. The term ‘mixed media collage’ has been identified as ‘hopelessly inadequate as a description of the vast range of materials … he uses in his paintings’.1His works combined a vast array of found materials that also prompted his development as an innovative sculptor.

Bester’s early works of the 1980s have been rarely seen in public until his exhibition of 2007–2008, organised by the town of Montagu, where he was born, and the Iziko SA National Gallery. This exhibition featured earlier works dating from 1981 to 1989, alongside which this particular example, as well as Water carriers filling their buckets (ReVisions plate 248 p.271) would have been in excellent company. In his most recent work Bester has returned to the spirit of his early work, concentrating once again on pure painting, this time with a more intensive engagement with realism. The latter has already been evident in the painted elements many of his recent constructions.