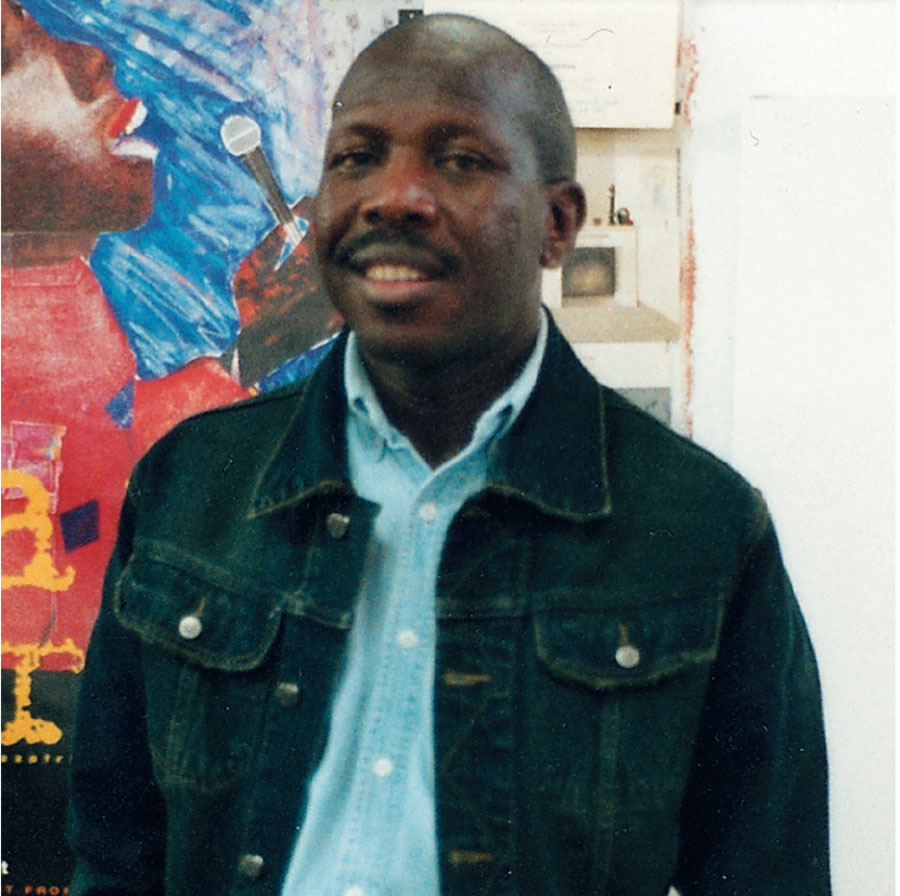 Sam Nhlengethwa is unquestionably a city artist born and bred; he still lives in an urban centre on the East Rand. It is the city, with its bustling life, that excites and interests him and around which his identity as person and artist resides and resonates. Typical is a work in the collection entitled The party (plate 291); it deals with everyday reality, not fantasy, and importantly, the medium is collage.

Nhlengethwa was neither the first nor only artist in South Africa to use collage but it is the way that he uses the hard-edge cut shapes of ready-made images that is different and individual. Carefully selected reproductions from magazines are cut out and cut up and then juxtaposed to make new images, usually people or faces. Often these newly-constructed forms are combined with other media. What matters to Nhlengethwa is the content of the image and bits of paper were not often used as fillers or backgrounds. During the last few years Nhlengethwa has started working with the Artists’ Press using the photogravure process, because, among other features, he claims ‘it has an element of collage in it … it entails digitalising an initial collage’.

By the time he started working with photogravure and lithographs Nhlengethwa had a well-established iconography but the new medium created a space for the urban artist to make multiples and develop series on selected themes. Among these are labour (Mine workers), political history (Glimpses of the Fifties and Sixties), interiors, music and the personal. In the series on jazz he brought the personal to the surface in terms of his affection for his brother and his love of this musical genre. He has commented that ‘when I do things about jazz it’s a tribute to my brother’.