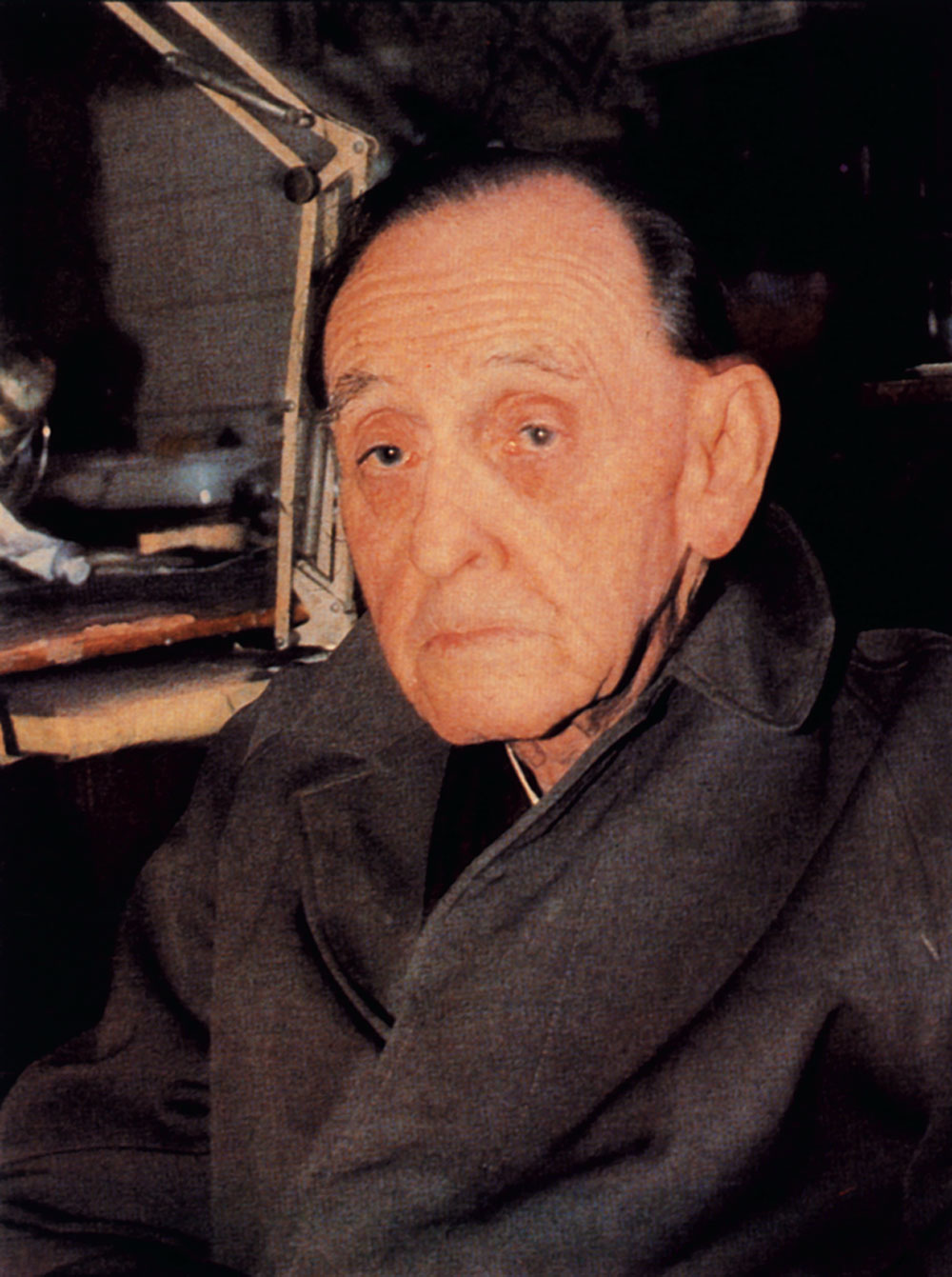 Fred Page is best-known for his eerie images which, according to one critic, have made him known as ‘a kind of Hitchcock among painters’.1 Page always used a limited colour range in his work, mostly employing either tempera or acrylic. The artist often claimed that he limited his palette to black and white because of his dire financial circumstances. Page’s early life was unsettled. He lost his mother when he was ten, and was passed from relative to relative, even spending some time in an orphanage in Dundee.

As an adult Page moved from one job to another, and spent some time in the military. He first arrived in Port Elizabeth, the city with which his art is now synonymous, to work in a tyre factory in 1937. When war was declared in 1939 he rejoined the military, serving in the Signal Corps. It was only after the end of the war in 1945 that he decided to become an artist. He first started a correspondence course, but then a grant awarded to him as an ex-serviceman allowed him to enrol part-time at the Port Elizabeth School of Art, where he studied under Jack Heath from 1946 to 1947. With Heath’s encouragement and the growth of technical confidence and discipline, he began exhibiting his work with the Eastern Province Society of Arts and Crafts from 1948. He held his first solo exhibition in 1960, followed by many others.

Most of Page’s paintings feature spaces defined by architecture, usually using the older quarter of Port Elizabeth as a point of reference. Figures do not always appear in these settings, but when they do occur they have little logical function and enhance the intended sense of oddness and disquiet. It has been suggested that Page’s subject-matter in his work is linked to his interest in literature, and that ‘his reading habits enabled him to develop a catholicity of taste that admitted any influence, regardless of style or period’.2 He was an avid reader of science fiction, especially Sheridan le Fanu and H.P. Lovecraft, as well as Charles Dickens, Lewis Carroll and, not unsurprisingly, Edgar Allan Poe.3

This small work by Page in the Campbell Smith Collection (plate 98) is painted in gouache on paper, and dates from the year of his first solo exhibition. It is remarkable within Page’s oeuvré for the high proportion of yellow ochre used in the foreground. The heightened mood suggested by this use of colour, as well as the long shadows thrown by the trees, recalls the comparisons often drawn between Page’s work and that of the Italian metaphysical painter, Giorgio de Chirico (1888–1978). The bleak, harshly-lit landscape with its row of low-economic houses, however, is not of the old colonial quarter of Port Elizabeth, but suggests a ‘township’ in a semi-rural area. The black, leafless state of the trees, on which hang tattered rags, as well as the random scattering of white stones on the ground, indicate that some violent cataclysmic event has just passed. Painted in 1960, it seems possible that Page painted this small picture in response to the Sharpeville riots of that year. If so, this is one of the more overtly political paintings by an introverted white artist who seems on the visual evidence of his work to have been wholly apolitical.