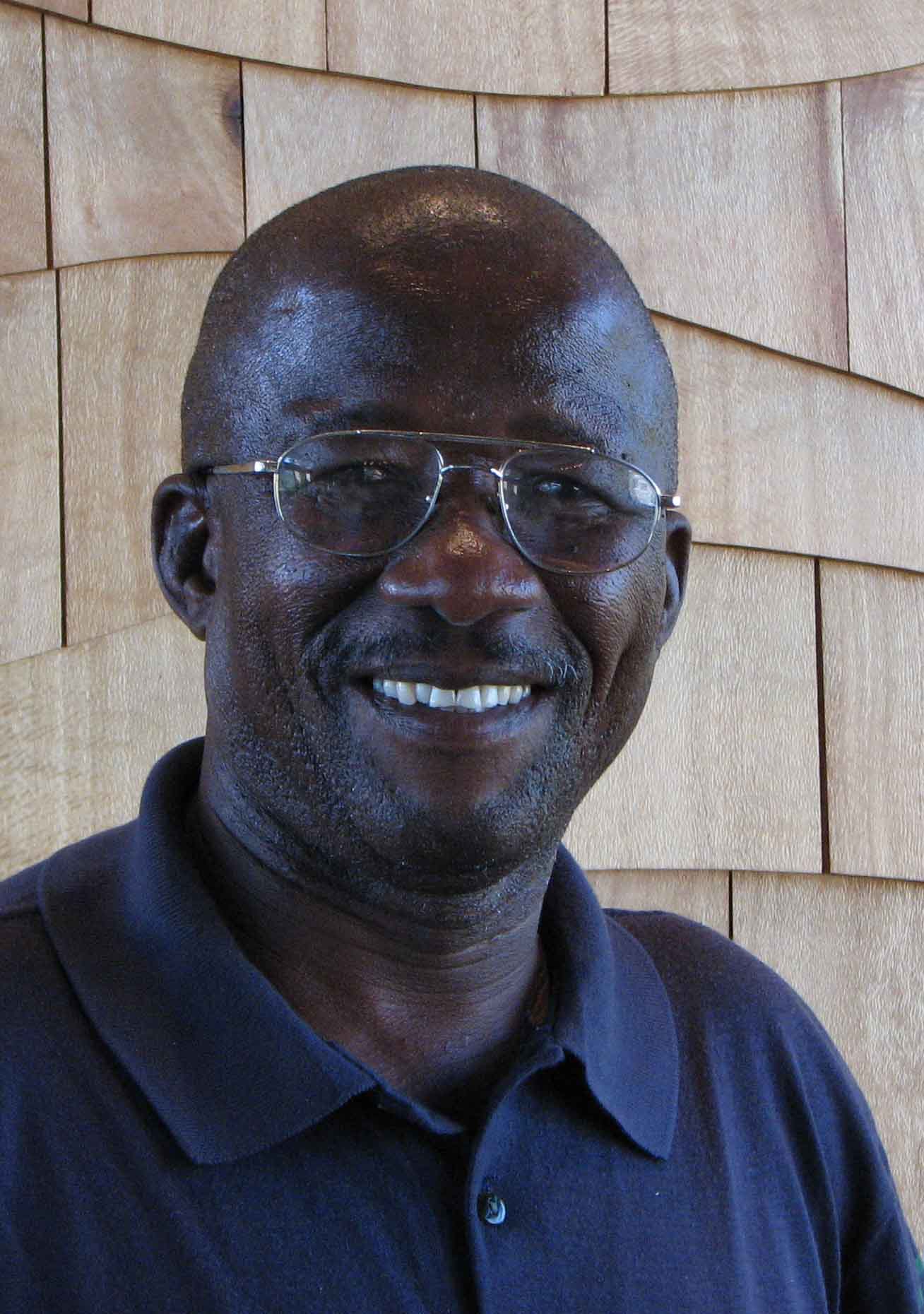 Clifford Mpai was the Oppenheimer family’s gardener at Little Brenthurst in Johannesburg. His talent and his industriousness as a draughtsman resulted in densely-worked pencil and crayon drawings of garden landscapes and suburban environments. These have a unique charm. Spatial ambiguities, with a tendency to flatten forms and arrange them parallel to the picture-plane, are a central feature of his work. Mpai’s work has enjoyed wide recognition not only through its inclusion on some important exhibitions, but also in the fact that he is today represented in South Africa’s major public collections. Woman cooking (plate 43) in the Campbell Smith Collection is atypical of Mpai’s usual subject matter, and a somewhat idiosyncratic inclusion. Human figures are seldom evident in Mpai’s oeuvre. This representation of what appears to be a white woman presiding over a huge two-legged potjie set over a log fire in an interior space is unusual indeed.

Mpai’s reputation emerged during the turbulent late 1980s and early 1990s at a time when most black artists of note were producing work that was urgent and highly political in nature. His apolitical work, with its visions of a suburban Garden of Eden, stood apart from that of the mainstream at this time. This fact did not go unnoticed by critics such as Ivor Powell, who reviewed his exhibition at the Karen McKerron Gallery in 1994. Recognising the black South African artist’s personal right to transcend the immediate demands of political circumstance, and linking him to other great artists of unique and personal vision, Powell concluded that ‘Mpai’s drawings represent the resounding triumph of the naïve sensibility over the complexities of 20th-century consciousness’.1