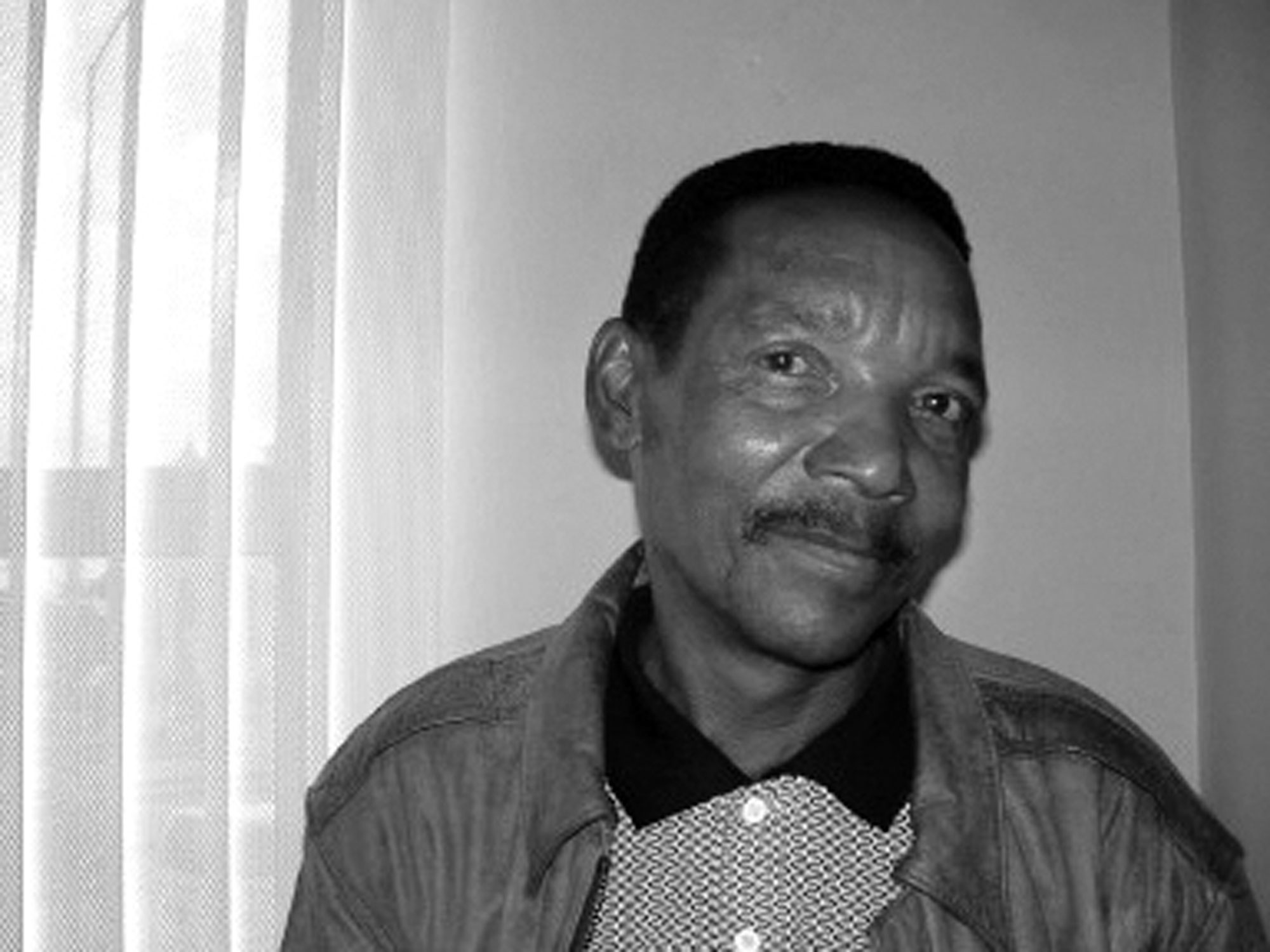 George Msimang was born in Lamontville Township near Durban and spent the rest of his life working and living there. He studied at the Evangelical Lutheran Art and Craft Centre, Rorke’s Drift and thereafter was offered a study grant by the Italian government to study in Italy. He went to Rome on two occasions, once to the Accademia di Belle Arti where he spent a period from 1971 to 1975 and another year in 1986 at the Accademia di Belle Arte, Perugia. With his evocative images of township scenes, Msimang captured urban township life in all its humour and valour. Anthea Martin of the African Art Centre has referred to Msimang as a ‘modern-day Hogarth for his depiction of everyday events, often containing a moral message’. In the years before his death in 2004 Msimang became prolific, sometimes staging as many as three solo exhibitions annually.

The wit of his work is evidenced in the animated technique he used to treat his subjects and compositions. In Boozing (plate 173) the characters seem to be contesting for visibility in the picture, creating a muddled expression that serves as a foreground to chaos, dramatizing the behaviour and the moment. The night rider (plate 171) was part of the travelling exhibition Untold Tales of Magic: Abelumbi held in Durban in 2001. It tells the Zulu legend of the rider who rides a baboon at night, facing backwards to avoid being identified by his enemies to whom the evil deeds are directed. The scene differs from Boozing. In The night rider the figures shun the viewer and everything seems to be hinting at rather than affirming the incident. The colours are also suggestive and lines have a flowing movement that implies motion.

Msimang’s work challenged the negative social issues caused by the imbalances in the system. Another theme central to his career was music, township landscapes and modes of transportation and movement.

Msimang’s drawings often seem to contain forms that are clustered together with areas of white around them, as in the case of this particular work or The concertina player of 1975 (ReVisions, plate 172 p. 200). They can also tend, as in the case of Boozing (ReVisions, plate 173 p. 201), to be articulated within a narrow, claustrophobic space that almost fills the format to its edges.

The hapless mother in this drawing (plate 29) is literally surrounded and covered by her progeny who cling to her body. The image seems redolent of the personification of Charity, who in the Renaissance tradition, particularly in the paintings of 16th-century Italian artists such as Francesco Salviati (Fig. 5) del Sarto and Agnolo Bronzino, is often depicted as a Madonna-like figure surrounded by many infants, to whom she gives both suck and succour.

Both Boozing and The agony of a mother in the Campbell Smith Collection contain an element of dark humour which is in keeping with Msimang’s general critical reputation as a cartoonist and caricaturist of ‘township’ life. This reputation has been generated since the late 1960s by purely linear drawings with limited areas of shading that are more typically within the vein of straightforward caricature. Jo Thorpe, the founder of the African Art Centre in Durban recalls Msimang bringing his work to the Centre from 1969 onwards. Extremely fond of his work, she observed in 1994 that Msimang ‘is an artist who is as erratic in his art as he is in his lifestyle, and [that] this affects his work’. ‘But’, she concludes, ‘he should not be overlooked’ and ‘he is an artist ‘who will be remembered’.1