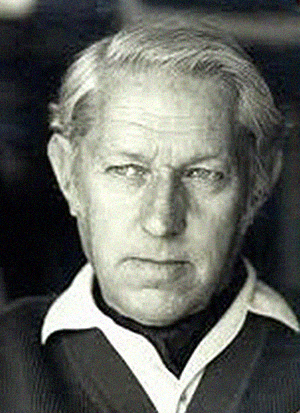 Very little has been written on the art of Diederick During, even though he was a frequent exhibitor in the 1950s and 60s and is well-represented in important collections of South African art. His work was also included in an important art anthology, 150 South African Paintings, Past and Present, published in 1989.1 His training under Maurice van Essche (qv.), a Belgian émigré from the Congo who had a profound effect on many younger South African students was profound. Van Essche encouraged his students to paint African subjects in an idiom that was essentially modernist. In During’s work we see him experimenting with both Cubist and Surrealist approaches. He explored these in pastel, as well as oil and tempera, and there are some superb examples of his paintings at the Wits University Art Galleries, the Sanlam Art Gallery and the Oliewenhuis Art Museum in Bloemfontein. The lack of interest in During’s work elicited the following comment from an anonymous journalist in 1972:

If ever an artist had all the characteristics in his work that would appeal to collectors, it is, one would think, Diederick During. His exhibition at Gallery 101, Hollard Street, Johannesburg shows his imagination and technical ability at their best. His individualistic way of presenting African themes in a near-surrealistic style makes for unusual decorative panels. Here’s hoping that this underrated artist might at last gain some of the acclaim he richly deserves.2

The forms in Landscape with farm workers (plate 14) ripple and undulate in a manner that challenges our perceptions of the ‘normal’ and the ‘visionary’. To some extent this is a tried and tested strategy used before by the Surrealists. During however, adopts the ‘look’ rather than the true spirit of true Surrealist work of the 1920s and 30s, which was highly anarchic and often political in spirit.