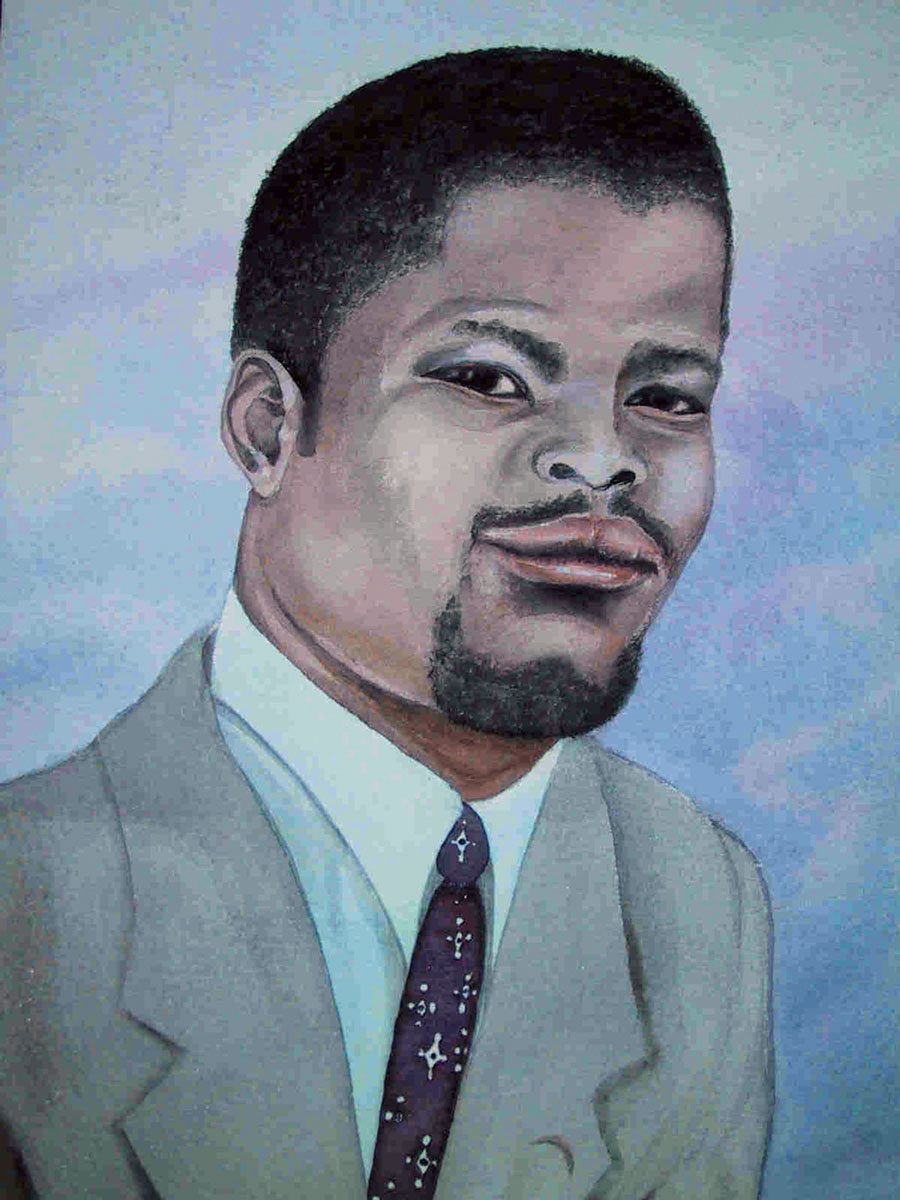 A former student of Cecil Skotnes (qv.) and Sydney Kumalo (qv.), Mogano is best known for his detailed, quasi-naturalistic narratives of ‘township’ life as well as his more mannered explorations of ancestral Africa. Both of these ‘different’ Moganos make good use of the artist’s imagination, albeit in less or more marked ways.

Child and donkeys (plate 103), an early work, displays a relatively loose painterly technique that hints at the more expressive uses of watercolour that were to become a hallmark of paintings of ‘township’ life in the 1960s. An unassuming image, it raises several questions: does it record an everyday scene observed by the artist, a consequence of the interface between rural and peri-urban; or is it a memory recalled of a distant or disappearing life in the countryside such as that experienced by the artist prior to his arrival in Johannesburg at the age of eighteen? Is it simply an anecdotal record of a relatively inconsequential act or experience, or a poignant image of a lost innocence? Is it a genuinely ‘naïve’ work, or the precocious yet calculated offering of a romanticized, picturesque art to an almost exclusively white market?