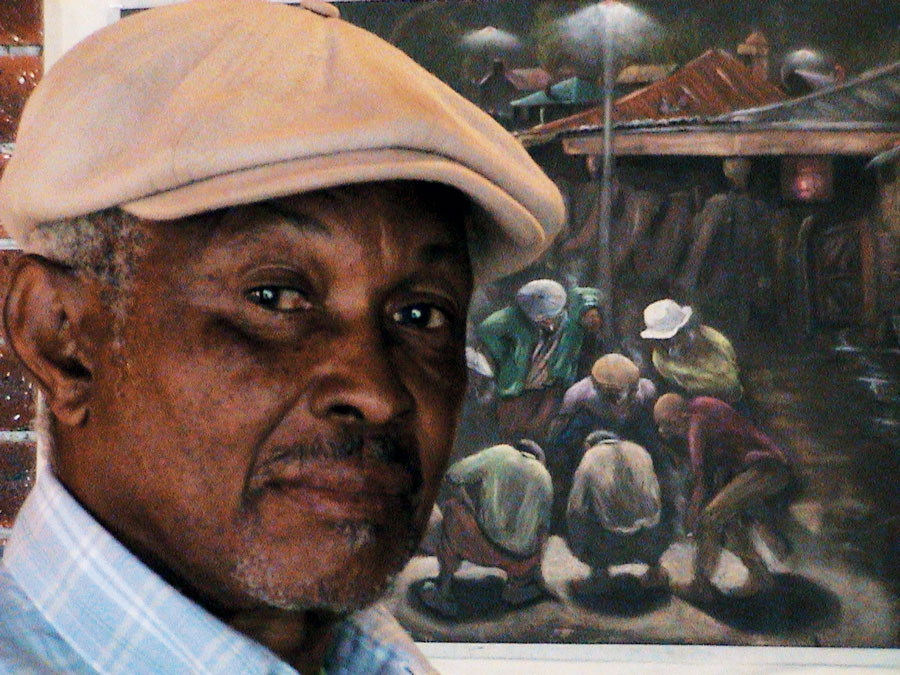 Sipho Ndebele’s childhood was tough and his parents were separated. Subsequently, he moved from one township to the other, even as far as Mafikeng. In Alexandra he lived in Ninth Avenue for a while and became familiar with two notorious gangs known as Spoilers and Msomi.

Ndebele met Ephraim Ngatane (qv.) in 1959. Ngatane recognized his talent and introduced him to Cecil Skotnes (qv.) to comment on his drawings. Ndebele also joined Ngatane and Durant Sihlali (qv.) on their weekend excursions, sketching in Kliptown and Pimville. As he became more confident with sketching and painting on the spot, he returned to Alexandra with the intention of painting a series based on his experience in Ninth Avenue. Ndebele wanted to show life as it was lived on that street – its gambling, weddings, parties, drinking, murderous brawls and funerals. At the time gambling was widely practised at night by street light. Eventually, of the series, only one work, Seven times nine (plate 127) was completed. The title, explains Ndebele, refers to his lucky numbers in gambling.1


Born Vrededorp, Johannesburg, 1936. Training No formal art Training. Exhibitions Known to have participated in several group shows in the 1960s.