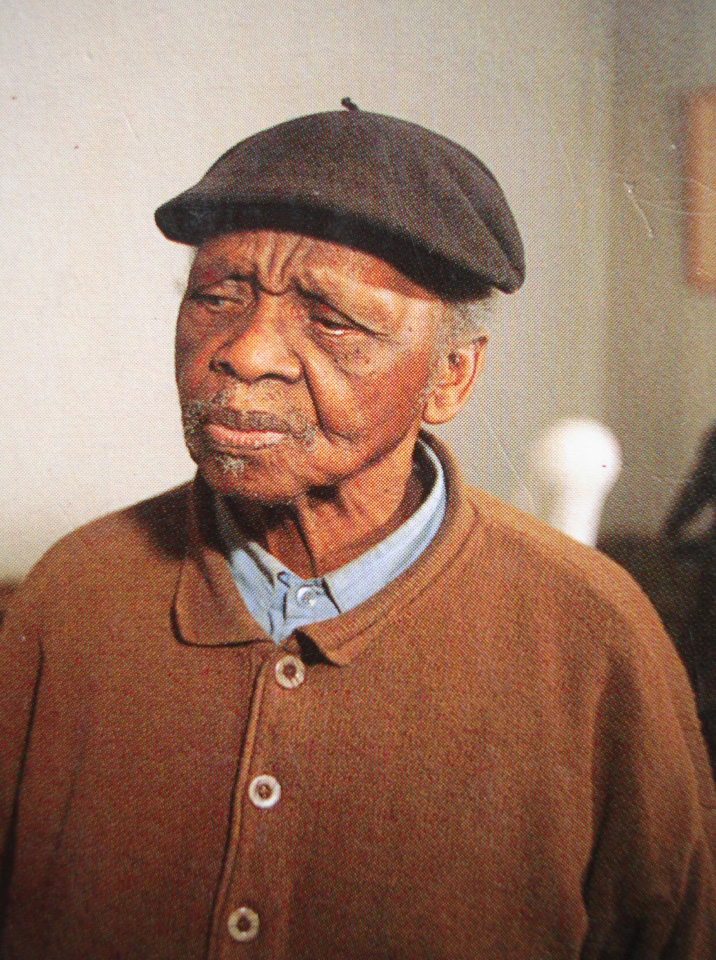 Ernest Mancoba has been described as the most important artist in any genealogy of African modernism: “… he is Africa’s most original modern artist, but, more importantly, he enters the space of modernism formed and perpetuated by the colonial myth of white racial supremacy and superiority and demolishes it from within”1. Partly because of his own modest persona and partly because he spent most of his artistic career in exile, Mancoba’s remarkable contribution to African modernism was only recently recognized, and much research still needs to be done on his radically innovative modernist vocabulary, in which a concern with the pure properties of form complement his lifelong concern with humanitarian spiritual values.

The Mater Christi (1935) in the Campbell-Smith collection reminds of an earlier Madonna that launched Mancoba’s artistic career - the Bantu Madonna, carved in 1929 for the St Mary’s chapel at Grace Dieu Diocesan mission in Pietersburg where he was a teacher. Mancoba’s missionary training was typical for ‘that magnificent generation’ (to use Mancoba’s own words) of pioneer modern artists in South Africa that included Gerard Sekoto (a close friend and colleague of Mancoba) and George Milwa Pemba (both represented in the Campbell-Smith collection). These artists were all, to a greater or lesser extent, educated and Christianised members of a small but influential African middle class that espoused the Victorian liberal values inculcated by their missionary training.

In contrast to the more naturalistic art of his contemporaries, Mancoba developed a progressive abstract style in Paris where he followed the metaphysical modernist artistic credo: that art was a universal language that could cut through time and distance to forge a better humanity, as evinced by his statement that “the central idea, the most central force, is [art’s] eternal stream of appeal to all human beings in a universal way, timelessly”2.

The narrative of Ernest Mancoba’s life is as remarkable as the unusual trajectory of his artistic development3. After his Anglican missionary schooling, he trained as a teacher at Grace Dieu. Though he had no formal artistic training, he launched his artistic career by carving religious figures in wood on commission. He studied at the University of Fort Hare (then known as the South African Native College) and completed his B.A. at UNISA in 1937. In 1938, he obtained a bursary and loan from the Bantu Welfare Trust to study abroad, whereupon he left for Paris by way of London. Mancoba never intended to leave South Africa permanently, but the outbreak of WW2 and his relationship with Danish artist, Sonia Ferlov, prevented him from leaving. In 1940 Ernest was interned by the Germans in St Denis, subsequently marrying Sonya in camp in 1942. He was finally released in 1944. In 1947, Ernest and Sonya settled in Denmark where both artists became members of the newly founded Cobra group. In 1952 the Mancobas (with their son Wonga) returned to France, where Mancoba died at the age of 98 in 2002.

While Mancoba continued to carve wooden sculptures in Paris, he concentrated more on fine, abstract ink drawings and on linocuts. In the late 50s he started rendering similar delicate, linear compositions on canvas and developed a unique style of painting characterized by subtle colours, controlled but vibrantly energetic compositions, and enigmatic, diffused forms. Until his death, Mancoba espoused a modernist credo infused with African spiritualism:

“…the object of African art is not to please the eye or the senses but is to use art as a means, as a language, to express feelings and ideas in relation to the present, the future and the past, to discover new concepts by which to regard the world for the salvation of man”4.