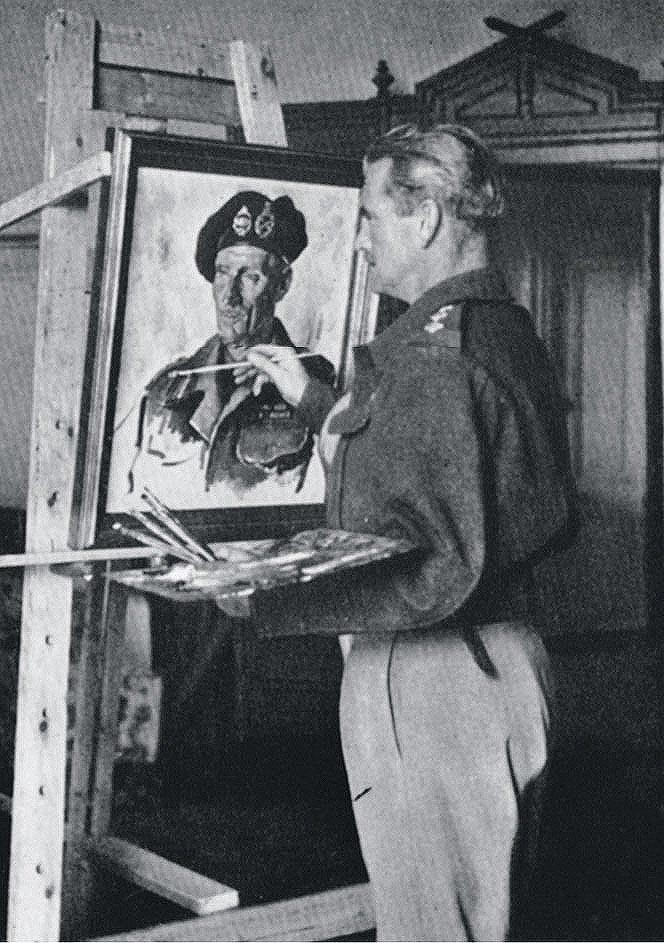 Considered in the 1940s to be South Africa’s premier society portraitist, Lewis was steeped in the tradition of British painting and internalised to a high degree the style of Augustus John (1878–1961). The latter’s prolific output was concerned with the lucrative demand to portray members of British society. He also took much interest in a romanticised portrayal of the life of ‘marginal’ British rural folk, notably the gypsies. This social dichotomy in terms of subject matter was replicated to a large degree by Lewis when he set up a studio in London after the First World War. His career in England was punctuated by return visits to South Africa, where besides painting the portraits of important colonial personalities, he also went in quest of rural subjects – South African equivalents, in a sense, of the gypsies of rural Britain. His ‘native’ sitters are rendered with a similar tinge of romanticised exoticism. Painted when the last vestiges of traditional life of rural South Africans were vanishing, he, like many other artists working within the genre of the ‘native study’, went in pursuit of the African in his ‘natural’ state.

The anonymity of the large number of Lewis’s portraits of rural black South Africans, as well as his portraits of black soldiers during World War II, reveals much about his inability to communicate fully with his black sitters. This is evidenced in the fact that their names, except in the case of notable portraits such as that of Chief Albert Luthuli, are seldom recorded. The complex cultural barriers and gender dynamics between the white male artist and his black female sitters are tellingly revealed in Lewis’s own words:

There was a young very good-looking girl I decided would be a lovely subject. She had on a short skirt, her dark brown skin was shining in the sun. She had small, well-shaped breasts and brass rings around her ankles, calfs [sic] and arms, and beads around her neck and head … I told Wilson to explain to her what I wanted, that if she would sit still I would do a painting, and would pay her for sitting. She appeared quite horrified and nothing Wilson could say would make her agree. These Africans are very suspicious of anything that they don’t understand. As the beautiful girl was adamant, we tried others, with the same result. They were all very frightened, probably suspecting me of witchcraft.1

Esmé Berman ironically notes that while Lewis was critical of Augustus John’s inability to capture the variety of tones on the skins of his black sitters, at the same time his own efforts were merely ‘a monotonous monochromatic grading of local tones’.2