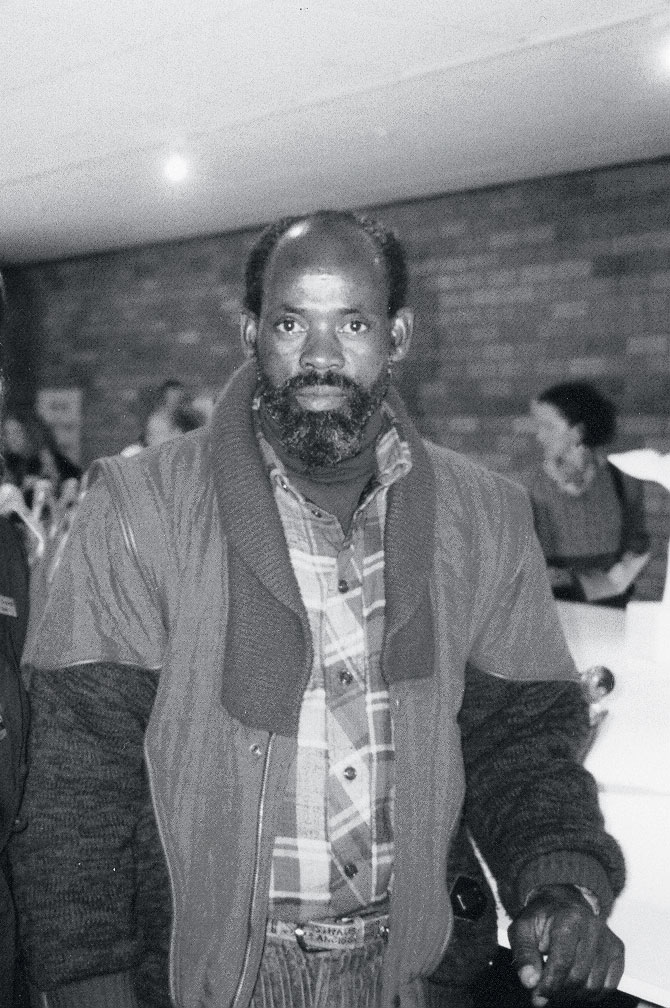 Johannes Mashego Segogela had no formal training as an artist and initially did an apprenticeship as a boilermaker. He became a full-time artist in the early 1980s. For the last twenty years the Goodman Gallery, Johannesburg has provided him with financial and artistic support. In a sense, then, Segogela’s relationship with the city and the art market is different.

The most remarkable feature of Segogela’s work is its scale; some of his works can even fit into the palm of a human hand. It is scale matched with attention to detail, and reveals a close observation of life. Features on faces, clothing buttons, ties and especially shoes are rendered with care. Over time a few slightly larger figures were carved but these were seldom more than 45cm high. Segogela carved single figures or groups arranged in other configurations (like the ensemble in the Campbell Smith Collection) (plate 269); later in the early 1990s he made intricate and elaborate group compositions or tableaux in which each small figure was placed as though in a stage-set. Its role was prescribed by the subject and its place in the narrative. The most famous of these ensembles is entitled Death (and burial) of Apartheid. In his early works the surfaces were finished with sandpaper; later they were covered with a clear wood varnish with some parts, such as hair and shoes, differentiated by using colour. In time, more and more colour was used in ways that referred to nature or are underpinned by religious content. His trees are green, his clothing life-like; angels are dressed in white and his devils are painted black.

The iconography of Segogela’s work is essentially religious. Like Hlungwani (qv.) he regards his work as ‘a means of proselytising the public into the Christian faith’.1 However, many of these themes are adapted – and the modern world intrudes in the most engaging and witty ways. In one work, for example, angels record on video camera an epic battle ensuing between the devil and another angel. And Nelson Mandela, astride a leopard, tops a walking stick in a contemporary reworking of traditional walking sticks from the region.