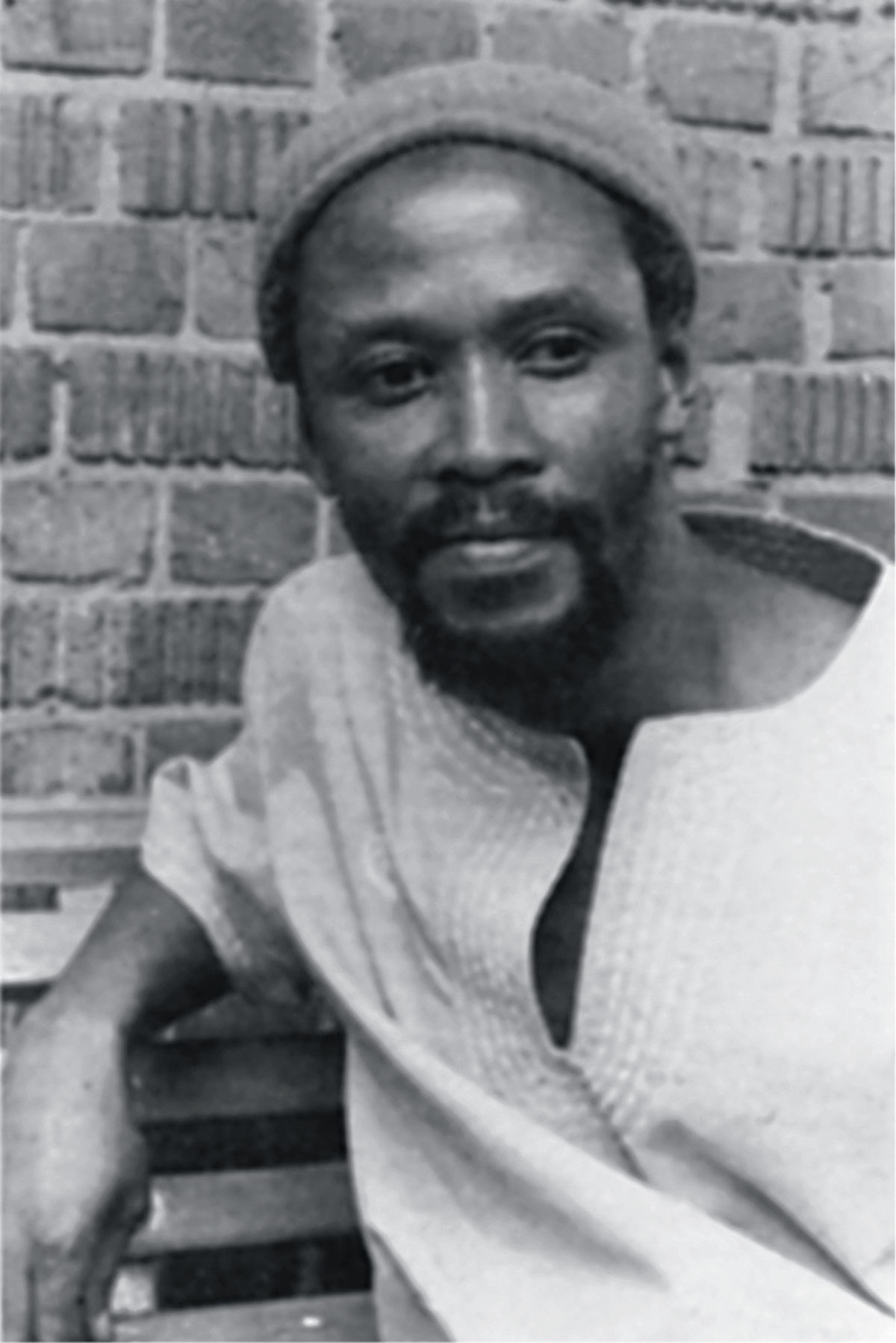 Ben Arnold converted to the Islamic faith in 1981. He grew up among Muslims in Albertville and was drawn to the Islamic faith early in his life. Despite his upbringing in a Protestant home, the ecstatic dancing of dervishes captivated his imagination. His parents were respected members of the Dutch Reformed Church in which his father served as an elder.

This drawing (plate 110), the sole work by Arnold in the Campbell Smith Collection, was formerly entitled Crucifixion. It was purchased from the Grosvenor Gallery, London. The real title is in fact Dervish, according to recent confirmation with the artist himself.1This misnomer apparently derives from a review of Arnold’s first solo exhibition at the Egon Guenther Gallery in Johannesburg in m1964. Cecil Skotnes (qv.) wrote a review of the exhibition and referred to the ‘excellent linear quality in the preliminary sketches for the Crucifix’.2 This misinterpretation can also be ascribed to the involvement of the Polly Street artists with several commissions for the Catholic Church, where every ascetic, attenuated body with outstretched arms fitted into the Christian paradigm. Consequently, the author was also misled in a recent publication on the Polly Street Art Centre.3

Arnold is basically a sculptor and he works predominantly in clay. As a child he collected clay from the spruit that runs through Albertville. Later at the art centres in Polly and Eloff Streets, brick clay suited his needs. Subsequently his first commissions were carried out in terracotta. His drawings, suggestive of sculptures in progress, are autonomous works of art. They were predominantly done in the 1960s and 1970s.

Dervish evokes the different malleable options of clay, despite being a drawing. It is simultaneously tangible form and elusive movement. Across an even background the dancer whirls upwards and stretches sideways freeing himself from all material confines in remembrance of the Creator. The fading away of head, hands and feet sustain the esoteric nature of the drawing and foreshadows the gradual disappearance of figurative imagery from Arnold’s later art.