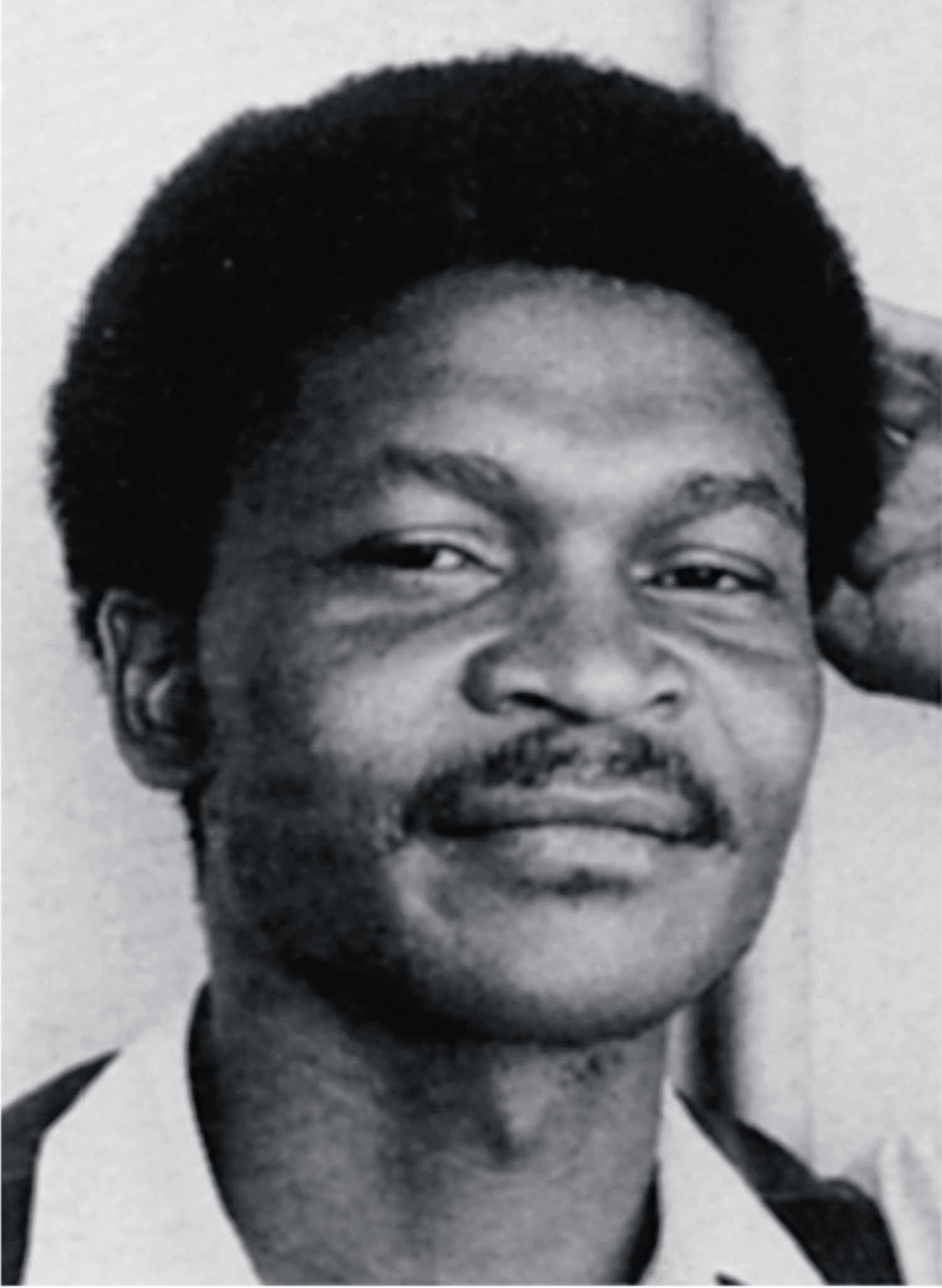 Matsoso’s art is an enigmatic one, an art imbued with presence that frequently makes no obvious literal statement. Matsoso is also a painter and graphic artist and since c.1973 has also produced drawings in colour, although he is best known for his monochromatic drawings from the early 1970s. Typically these consist of finely drawn figures stripped of superfluous details and offset against blank backgrounds. There is an emphasis on form which assumes an almost sculptural presence. Frequently, as with these three examples in the Campbell Smith Collection (plates 214–216), the figures overlap, taking on a composite character, their hybrid nature suggesting a synthesis of opposing or contrasting, archetypal elements (man/beast, man/woman, mother/child). A graphic sensibility expresses itself through linear precision and tonal contrast with the latter reinforcing the sense of opposing elements unified and embodied within the whole. Accordingly these works could be interpreted as referring to external conflict and reconciliation between opposing forces, as well as the internalization or embodiment of these contestations within the human form.

Although drawing was a favoured medium for several black artists of the period, partially due to its relative accessibility, Matsoso’s technique and temperament set his art apart from the more expressionistic works of contemporaries such as Dumile Feni (qv.) and Julian Motau (qv.), as well as the existential mindscapes of Fikile Magadlela. He is perhaps closest to Ezrom Legae (qv.) and Sydney Kumalo (qv.), both of whom taught him, although Matsoso unmistakably possesses a distinct style. A rising star in the era preceding the cultural boycott, Matsoso was associated with the Goodman Gallery (where he exhibited between 1970 and 1988) and represented South Africa at the Sao Paulo Biennale in 1973 and 1979. He was also invited by the Department of National Education in 1981 to submit work for the controversial Valparaiso Biennial in Chile, although the content of his work was subsequently rejected as being politically unsuitable. His graphic sensibilities led him to his employment by the SABC for a few years in the early 1980s. Regrettably Matsoso’s profile has declined, although he continues to make art.

Reference has already been made to the fact that figures and forms overlap in the work of Matsoso, forming a synthesis of opposing archetypes, such as man-woman and man-beast (See ReVisions, pp. 234-237). Heaven help us all (plate 37) is a new addition to the Collection that is similar in scale to the other three works by Matsoso, but seemingly more bizarre in its suggestive content. Rather than the usual use of ‘opposing’ archtetypes, here we have the fusion of two human forms that do not establish any sense of separateness other than a mingling of lighter and darker forms. Their arms seem to be joined by manacles, which would make this work a pre-1976 political statement. This drawing could be a statement on the dilemma of white and black in South Africa, bound in their shared fate and future.

Their back-to-back foetal pose suggests that they are likely to be Siamese twins. Siamese births in South Africa have often made headline news, and among the indigenous cultures of South Africa, the arrival of twins, let alone Siamese ones, could provoke much fear and anxiety. This sense is in keeping with the title of this drawing. Hammond-Tooke provides some insight into the varied attitudes in Southern Africa to the phenomenon of the birth of twins:

The attitude to twins differed, but always they were considered unnatural and therefore polluting or in a potentially dangerous state. Generally they were killed as especially among Sotho and Venda it was believed that they caused countrywide drought. They were buried in damp earth to counteract the ‘mystical heat’ that they generated. On the other hand the Nguni, especially the Southern Nguni, looked on twins as special. Among Xhosa and Bomvana two young euphorbia trees were planted next to their hut and watered with the babies’ bath water. A mystical association was believed to exist between the twins and the trees so that if one failed to flourish, so did the other. Among these people if one twin died, the other was symbolically ‘buried’ to prevent it following its twin….1