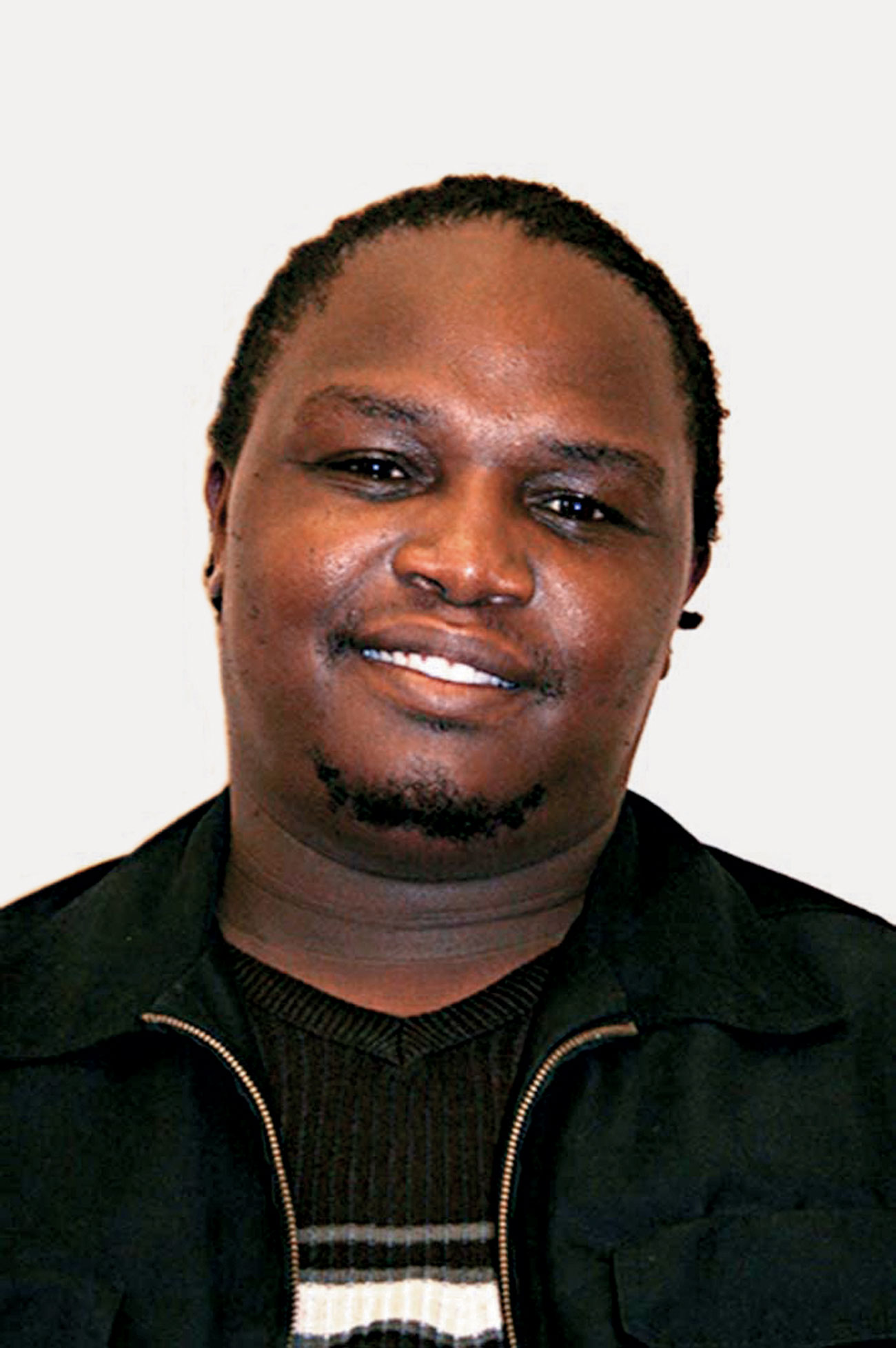 Themba Siwela is a member of the Durban Cartoon Project and full-time illustrator for a Durban-based publishing and communications company called Artworks. He is, however, better known for his oil pastels, which have been shown in exhibitions nationally. He was recently included in an exhibition entitled Resistance, reconciliation and reconstruction organised by MTN as part of the decade of democracy celebrations in Pretoria in 2004. He also has a number of awards to his name, the most recent one being the first prize in a competition organised by the BAT Centre, Durban, to honour the artistic legacy of the late Trevor Makhoba (qv.). Siwela’s move into the cartoon genre four years ago owes much to Makhoba’s style of working. His humorous and bold approach has taken him as far as Switzerland, where he took part in the Fumetto Comics Festival Exhibition in 2004. He also has a monthly comic strip called Majimbos‚ in the local Bona magazine.

In his pastels, Siwela often provides cleverly constructed situations and social commentary. His work addresses relationships and responsibilities expected within society, and focuses on showing the contradictory aspects of urban and rural situations. How society regresses and progresses is constantly highlighted and this brings vigorous elements to his work. He creates a space that transgresses gender roles and the basis of established, traditional behaviour. The interaction of various post-colonial masculinities and femininities can also be observed. His rendering of interiors sets a background that questions the issues of the limited space and living conditions of black people, and the impact on them of moving from rural to urban settings.

Photograph of Themba Siwela. Courtesy of the artist.

The three oil pastels by Siwela recently added to the Collection continue this artist’s focus on near-comic situations that arise in his community. Underlying some of them are larger social concerns. Eating Poison, for example, deals with conditions in the education system which are leading to declining standards and ethical controversies. According to Siwela, Eating Poison (plate 48) is so-titled because the student on the right in this picture did not spend any time studying, and decides to copy from his classmate, without realising that the latter is just as clueless and as lazy as he is. This, says Siwela, is the reason why there is such a high number of failures in public examinations.1 Gone are the Days (plate 49) carries no such comment, but is an amusing representation of an older couple dancing to the hit tunes of their youth.

My culture is my culture (plate 50), a startling work featuring the highly unusual subject of a man receiving an enema from a sangoma, was a work entered for the 2006 Brett Kebble Art Awards in Cape Town. The event collapsed because of Kebble’s controversial murder, but Siwela’s entry was shortisted for a prize. Kathryn Smith, one of the selectors for the awards, commented to the press on this image as follows:

We thought the work visually arresting. The drawing is very strong, and his treatment of the subject is humorous, while breaking with conventions of what is acceptable in artistic works. Siwela was mentored by the respected KZN artist Trevor Makhoba, known for his social and cultural satire, and the spirit of his work shines through in Siwela’s drawing.2