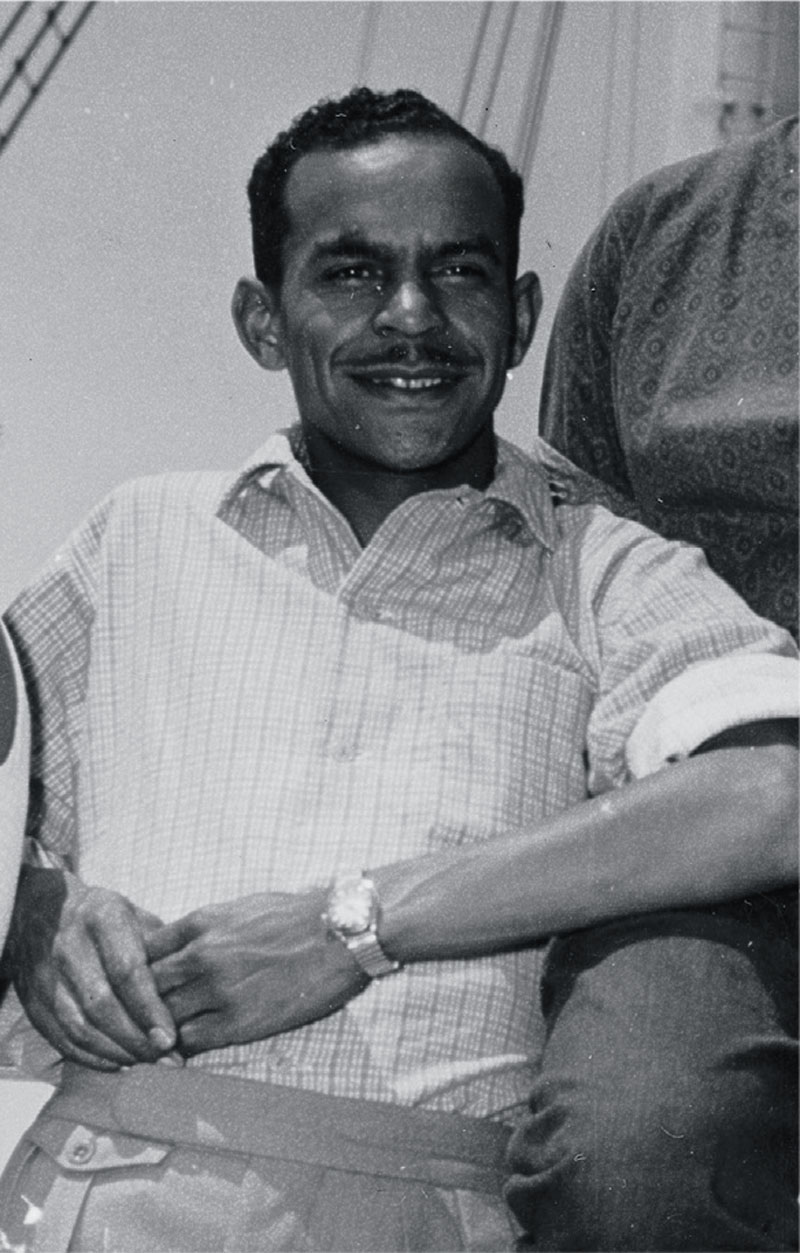 Amos Langdown was involved for many years in art education. He trained as a teacher at the Zonnebloem College in Cape Town, first teaching at a primary school in Oudtshoorn. In his career he maintained a balance between his own practice as an artist and his passion for teaching. He became a schools inspector and taught at the Hewat Training College in Cape Town and later at the Dower Training College in Port Elizabeth.

Langdown’s first solo exhibitions led to him being awarded grants by the Government and the Cape Tercentenary Foundation to study abroad. At this time he was already studying part-time at the Michaelis School of Fine Art, UCT. The influence and guidance of Katrine Harries (1914–1918) is discernable in his work, which always has a firm basis in sound drawing, composition and a graphic quality that is particularly evident in his lithographs. Langdown’s woodcut in the Campbell Smith Collection, Untitled, dated 1964, (plate 175) also shows an awareness of prints made by the German Expressionists with its vigorous cutting, the exploitation of the grain of the wood and the balancing of the black and white areas of the design.

Although influenced by the great French cartoonist, lithographer and draughtsman Honoré Daumier (1808–1879), Langdown’s own social commentary on the life of the communities on the Cape Flats was invariably infused with a sympathetic insight and sentiment. This is clearly seen in his somewhat formulaic oil paintings of grouped figures. To some extent this mood also reflects the influence of the work of Carl Büchner (1921–2003) and Russell Harvey (1904– 1963) who were also teaching at the Michaelis School of Fine Art at the the time. The sentiment observable in his later work has tended, especially since his recent death, to it being exploited for sale by commercial galleries in the form of commercial colour lithographic prints.

Langdown was also a poet in his own right, and lent his skills to illustrating the published writings of such literary personalities as Alba Bouwer, Pieter Grobbelaar and the poet P.J. Philander who recently died in the USA.1